Set in landscaped gardens, with public footpaths running through, the site is a popular destination for walkers, those taking a rest on their way to the town centre, and the children who love to play there.  The clock itself still keeps accurate time and the chimes can be heard throughout the area.

The Clock Tower and gardens are one of the most historically important sites in the Stocksbridge and Deepcar area. Overlooking the Stocksbridge Valley, the Clock Tower War Memorial was built to the memory 107 young people, a nurse, sailors and soldiers, who died in the First World War. The laying of the foundation stone took place on 14 July 1923 and was carried out by F. S. Scott-Smith with Joseph Sheldon, Chairman of the Council.  Onlookers included ex-servicemen, members of the Stocksbridge Choral Union, Boy Scouts and school children.  After reading the Role of Honour, the last post and reveille were sounded.  A service of remembrance takes place each year at Armistice Day, with local residents paying their respects.

From sports pitches to children’s playgrounds, bicycle trails to country parks, Fields in Trust protects open spaces across the UK from being developed. Centenary Fields is a national initiative being led by Fields in Trust and the Royal British Legion.  The Centenary Fields programme aims to protect at least one green space in every local authority area across England, Wales, Scotland and Northern Ireland to commemorate the centenary of World War I.

Fields in Trust Chair of Trustees, Tim Phillips, comments: “This programme is a fitting way for us to mark the sacrifices made by so many in World War I whilst looking to the future through a living remembrance. We are delighted that Sheffield City Council is embracing Centenary Fields, commemorating the centenary of World War I for the people of Sheffield in a way they can appreciate forever. We look forward to many more landowners following their lead.”

This latest dedication will be the fourth protected Centenary Field in Sheffield, which recognises the Council’s significant commitment to not only the commemoration and remembrance of the city’s sacrifice in World War I and subsequent conflicts, but also the importance of maintaining and retaining good quality green space for the people of Sheffield.

Councillor Mary Lea, Cabinet Member for Culture, Parks and Leisure at Sheffield City Council, said: “People in Sheffield are passionate in honouring the memory of all those who have died in conflict and they’re also very proud of our treasured green spaces. A dedicated Centenary Field perfectly celebrates these values and recognises the importance of peaceful places of remembrance. I’m sure it will mean a lot to people in Stocksbridge for their wonderful clock tower and gardens to be dedicated and protected in this way.”

300 war memorial trees are being planted in Sheffield. The first 100 were planted in 2018 in 36 parks and public spaces as part of the city’s commemoration of the centenary of the end of World War I, and a further 200 will be planted in the coming year.  Sheffield City Council hopes to create a Centenary Field in each of these parks, protecting these public green spaces as sites of commemoration for future generations.  In creating Centenary Fields around the new war memorials, the council will create a lasting legacy to mark the centenary of the end of World War I, by commemorating the sacrifice of those who lost their lives in conflict and ensuring that communities benefit from protected green spaces now and in the future.

Cllr Lea added: “This work further demonstrates and brings together the commitments of our Better Parks initiative, where we have pledged to make our parks the very best they can be, and our Trees and Woodlands strategy which sets out how we will make sure the city’s trees and woodlands thrive and flourish.  If we’re able to designate all of our memorial tree sites as Fields in Trust we will have the highest number of Centenary Fields of any of the English core cities outside of London and wherever you live in the city you’ll be able to remember lost loved ones in a local park.”

A dedication at Stocksbridge Clock Tower and Gardens will take place in the near future, further details will be announced once this has been agreed with Fields in Trust.

Sheffield already has three designated Fields in Trust at Weston Park, Ochre Dike Recreation Ground and Woodhouse Mill recreation ground, which was dedicated as a Queen Elizabeth II Field as part of the 2012 Diamond Jubilee celebrations. 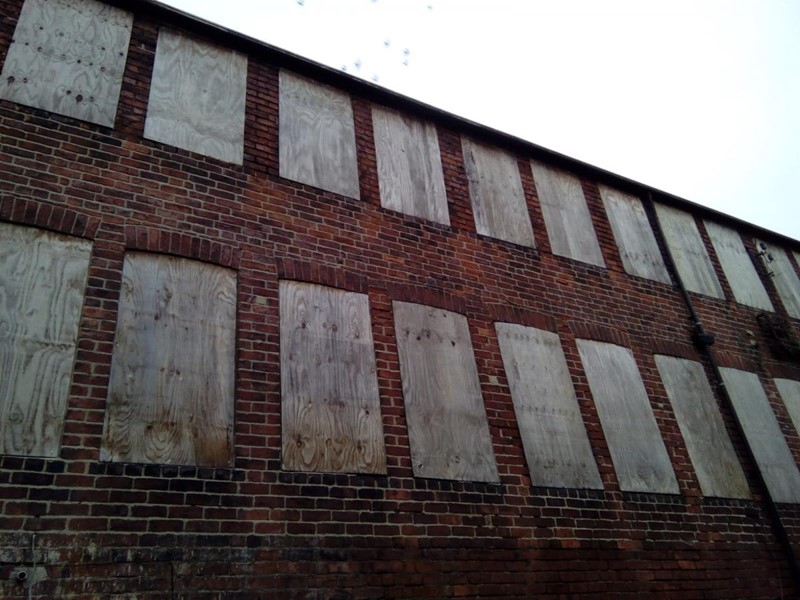 A step forward for plans to restore Leah’s Yard

A planning application to start the restoration of Leah’s Yard – a Grade II* Lis ...