Sheffield City Council supports the commitment to end smoking by 2030 and joins the call for Big Tobacco to pay for the Smokefree 2030 fund.

Last year, the UK Government set out its ambition for England to be Smokefree by 2030. The aim is to reach a tipping point when smoking is no longer normalised in society, and the end of smoking is in sight.

Sheffield has seen significant social change around smoking. Smoking is no longer part of many people’s daily lives with prevalence at an all-time low of 12.5%. However, despite Sheffield having one of the lowest smoking rates in the north of England, smoking remains the city’s biggest killer and cause of debilitating illness.

Around 58,000 people are still smoking and an estimated 5 children starting smoking every day in Sheffield, the job is far from done and a big challenge remains. Achieving the national ambition will mean there will be 55,000 fewer smokers in Sheffield by 2030. Over the next 10 years this means 5,500 smokers need to quit for good each year.

Nationally smoking rates need to fall by over-two thirds and the clock is ticking. Cancer Research UK recently warned that unless the Government acts to make smoking rates fall faster, the target is unlikely to be met. Moreover, if smoking rates continue to fall at current levels it will be 2037 before England is smokefree. According to the Government's own guidelines, it should have published its next steps by 6th January 2020, but it has yet to do so.

In response, Action on Smoking and Health has created a Roadmap which sets out what the UK Government must do to deliver on its Smokefree 2030 ambition. This 8 step strategy has been endorsed by health organisations, individual clinicians, health professionals, academics and members of the public. On No Smoking Day, Sheffield City Council added its name to the list of supporters including Cancer Research UK, the British Medical Association and the British Lung Foundation.

“Sheffield is committed to supporting the Government to deliver a smokefree England by 2030. A smoking prevalence rate of 5% is ambitious but necessary. Smoking remains the biggest cause of harm in our communities. This roadmap is a game-changer because it provides a clear vision for meeting the Government's target, setting out the key policies and opportunities that will help us drive down smoking prevalence,” Greg Fell, Director for Public Health in Sheffield.

A key element of the roadmap focuses on acquiring funding for public education campaigns and tobacco control programmes both at a national and regional level to help smokers quit and prevent children from starting. It calls for legislation to be brought in to require tobacco manufacturers to finance this through the ‘Smokefree 2030 Fund’.

“Sheffield City Council is proud to support the call for the Smokefree 2030 Fund. Tobacco companies must pay for the damage they cause. Each year the estimated cost to society of smoking in Sheffield is around £112.7m. The tobacco industry, on the other hand, makes £1.5bn in the UK. They can afford to pay for the devastating effect they have on society,” explains Councillor Mary Lea, Cabinet Member for Culture, Parks and Leisure in Sheffield.

“We have seen success in Sheffield due to investment in a comprehensive tobacco control programme which combines a range of services, policy and communication interventions. However, funding cuts threaten key elements needed to achieve a smokefree future for our children.”

In 2018 Smokefree Sheffield was created to bring the city’s tobacco control board and local services together under one umbrella. Created by a range of city partners, it empowers smokers, non-smokers, quitters and the whole community to work together towards a future without tobacco. Sheffield’s model has also been hailed as best practice by ASH and PHE.

“Thanks to a comprehensive tobacco strategy and collaborative action in Sheffield from all partners we’ve seen smoking rates reach all-time low levels. Smoking cessation and tobacco control interventions are amongst the most cost effective interventions we have. However to secure a smokefree future for the next generation requires adequate resource and sustained action at a local, regional and national level. The polluter pays policy provides a solution to this problem.” Greg Fell, Director for Public Health in Sheffield.

Communication campaigns are a key strand of Sheffield's tobacco control strategy. Over the past two years, Smokefree Sheffield has run many successful campaigns targeting key issues such as smoking in pregnancy, smokefree homes and youth smoking.

In January, Smokefree Sheffield launched the “We Care” campaign with the aim of encouraging smokers to think how life would be without them for their loved ones. The campaign was seen by over 100,000 people and more than 1,700 people visited the website for more information on the support available in the city. The stop smoking service Yorkshire Smokefree Sheffield also saw a 16.5% increase in referrals in January compared to the previous year.

Across the city, the number of Smokefree outdoor policies have also been increased in a bid to decrease visibility and acceptability of smoking and encourage the normalisation of not smoking. Smokefree sites include NHS Hospitals, Sheffield City Council and Sheffield Hallam University, with work is underway with Sheffield College, University and bus interchanges and Sheffield Clinical Commissioning Group.

The enforcement of tobacco laws is also threatened by funding cuts. Trading Standards in Sheffield remove around 120,000 cheap and illicit items of tobacco off the streets each year stopping illegal sales. Illicit tobacco is often sold at pocket money prices making it easier to get young people hooked on cigarettes. It also further hinders those in more disadvantaged areas from quitting and is linked to wider criminality. Smoking is the single biggest cause of inequality in death rates between the rich and poor in Sheffield as in other parts of the UK. The availability of cheap and illicit tobacco exacerbates these inequalities. The roadmap calls for the government to renew and refresh the national strategy to control the illicit trade in tobacco.

Councillor Jackie Drayton, Cabinet Member for Children and Families and Public Health said, “Let’s hope we can make smoking history by 2030, for smokefree childhoods and smokefree lives, but we must have more funding to make this happen. I would say to all smokers, especially parents and carers, I understand it's hard to give up but just to let you know if you want to stop smoking please remember there is help for you to quit. Sheffield cares.” 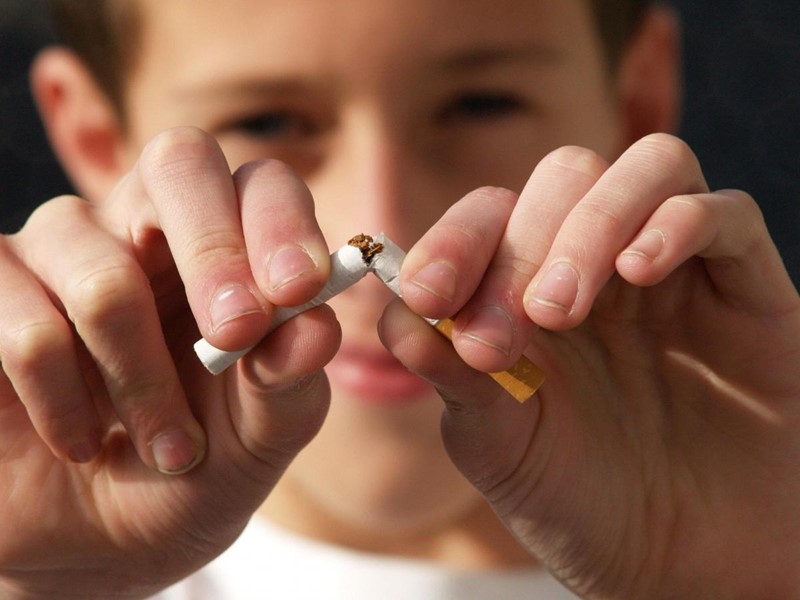 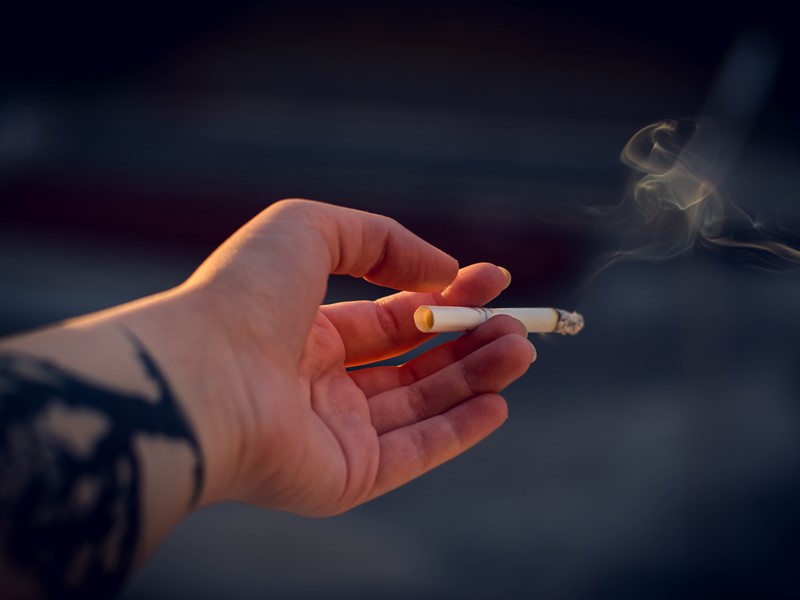 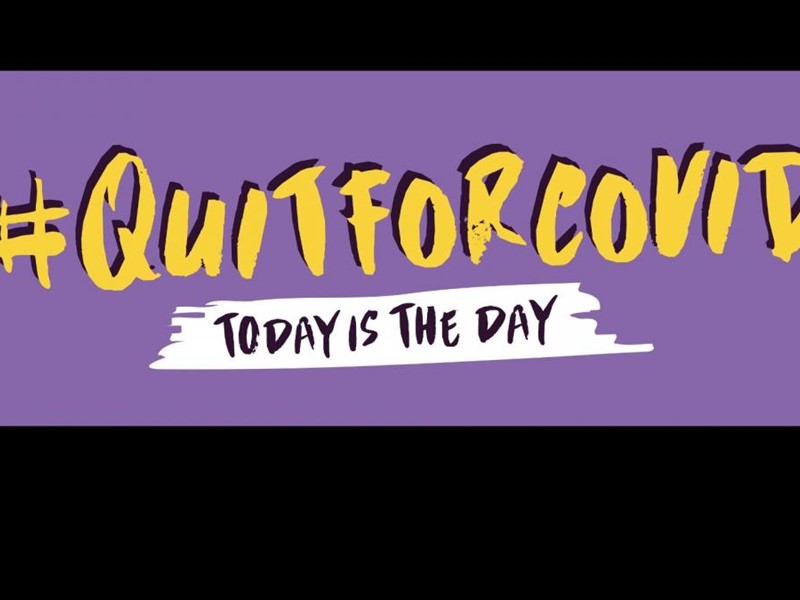 Smokers quit as doctors warn of worse complications from covid-19 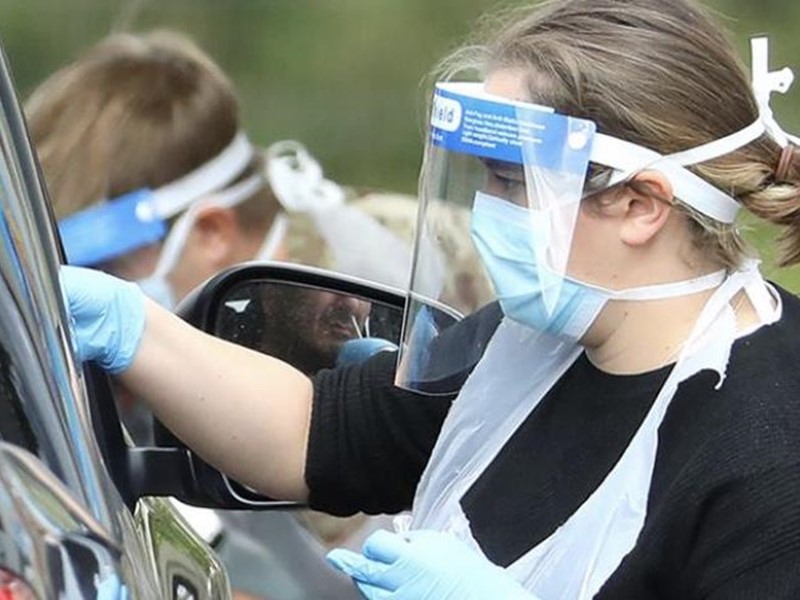 Sheffield City Council is encouraging people to get tested in our effort to comb ...