WATCH: Electric bin lorry is a green world-first - in Sheffield

Sheffield is trialling electric bin lorries powered by the very waste they have collected, in what is being billed as a world-first for a local authority.

The city council has proudly unveiled the first vehicle at the Energy Recovery Facility in Bernard Road as part of a trial taking place in Sheffield and Westminster.

This unique project has taken a total of four used refuse collection vehicles, which would have been destined for the scarp yard, and re-fitted them to be powered by battery, using a system that has been designed, manufactured and fitted in Sheffield by local firm Magtec, the UK’s leading supplier of electric vehicle drive systems.

They are designed and manufactured in the UK – creating highly-valued local jobs as well as contributing to a healthier city and healthier citizens.

In a further unique proposition for Sheffield, the two vehicles for the city will be powered by energy produced at the City’s Energy Recovery Facility at Bernard Road, generated by processing the city’s black bin waste into energy.

Councillor Mark Jones, Cabinet Member for Environment and Climate Change, said: “This is an amazing, innovative project that puts Sheffield and the region at the forefront of green technology.

“Using local expertise, we are piloting a new repowered 26-tonne bin lorry which is powered by the electricity produced by the waste it collects. We believe we are the first Local Authority ever to do this, putting Sheffield at the forefront of the green energy revolution.

“Our city is working hard to deliver clean air and green jobs. We are rightly proud of projects such as this alongside our own proposals for a clean air zone to cut nitrogen dioxide.

“I’m looking forward to seeing this bin lorry and another set to be delivered soon powering up Sheffield’s hills and leading the way for a new approach to tackle climate change and poor air quality.”

Marcus Jenkins, founder and director of Magtec, said: “The quickest and most economical way to reduce harmful emissions in our cities is to repower diesel trucks with electric drives.

“Converting one bin lorry to electric is equivalent to taking 30 diesel powered cars off the streets. We are especially delighted that two of the repowered vehicles will be running in our home city of Sheffield.

”Re-powering larger fleets of vehicles will accelerate the growth of Magtec and create more high quality engineering jobs and opportunities for young people.

“It will also strengthen the UK’s position as a global leader in technology for electric vehicles and help to increase exports of our world-class products.

“This is a very exciting time for Magtec with our company involved in pioneering work across the world and we are delighted to be taking part in this ambitious project in our home city.”

The project is part of a £2.6m national scheme to accelerate the transition to zero emission heavy goods vehicles funded by Innovate UK. Sheffield’s project is made up of six partners including Veolia which will be responsible for operating the vehicles in the city as part of its waste contract with Sheffield City Council.

Sheffield has been awarded £220,000 by Innovate for the battery packs for two Sheffield-based vehicles. The rest of the costs are met with funding from Innovate and from other partners.

The project will deliver two vehicles for Sheffield and two for Westminster Council, with both areas now having one vehicle in operation.

“This project highlights Veolia’s ongoing investment in clean air solutions across the UK. By converting existing vehicles and trialling alternative fleet solutions with forward thinking local authority partners like Sheffield City Council, we are not only preserving resources but are lowering emissions and creating greener cities.”

The other partners are DG Cities and Microlise.

Based in Greenwich, DG Cities is an urban innovation company specialising in the integration of ‘smart city’ technologies and approaches to maximise their benefits for cities and optimise the use of resources, infrastructure and services. Microlise specialises in telematics and technology solutions for fleet operators and is based in Eastwood Nottingham.

Typically a waste collection vehicle is used for seven years at which point the cost to maintain the vehicle typically exceeds the costs to replace it. Normally the vehicles are sent abroad or stripped for parts.   The EV re-power can extend the working life of the vehicle for a further 7 seven years.

The project will put the vehicles into service and conduct a research and development scheme over two years to fully test the vehicles for durability, performance and cost effectiveness. 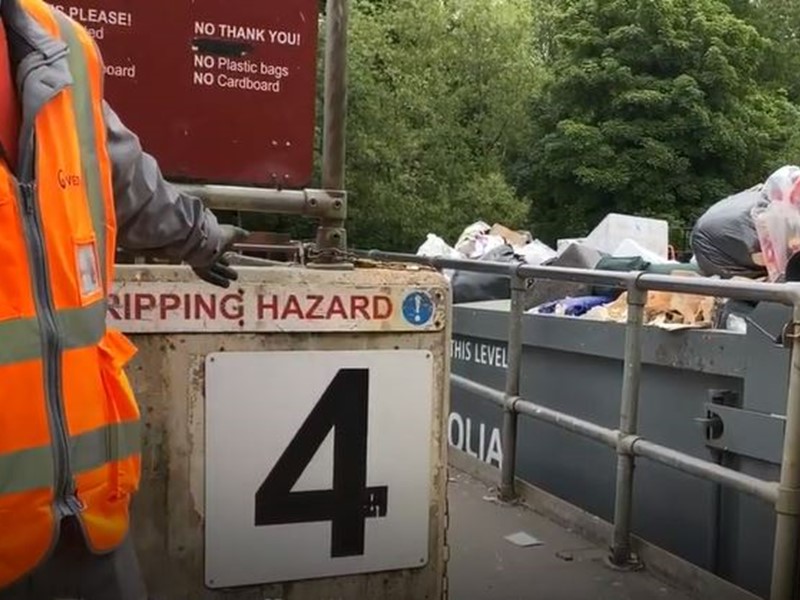 The opening hours of Sheffield’s Household Waste Recycling Centres (HWRC), have been extended, with all sites now open seven days a week until the end of September. 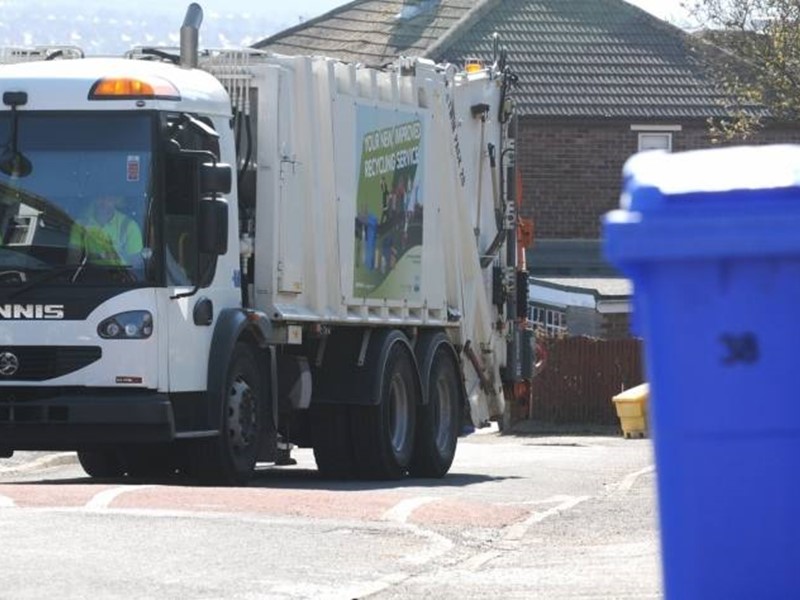 Bins in Sheffield will be collected on the usual collection days for all residents over Christmas and New Year. Extra festive waste can be left out for collection with the relevant bin. 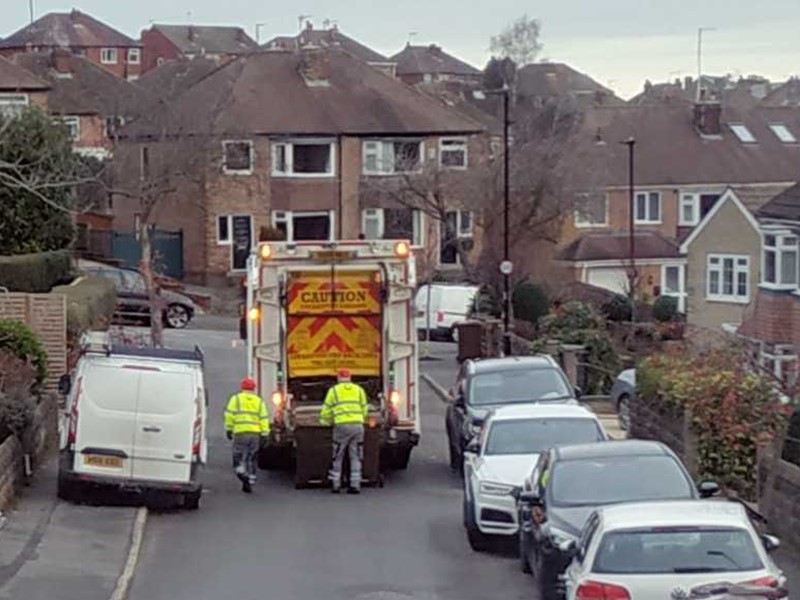 Delays to waste and recycling collections expected in November

Due to industrial strike action by Veolia waste and recycling collection staff, people whose bins are emptied on Mondays may experience some disruption throughout November. 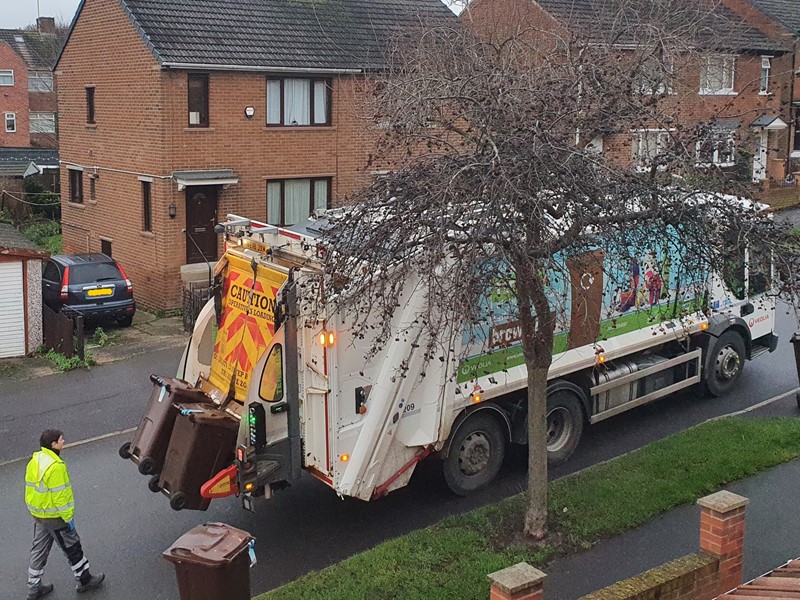 Look out for your new bin collection calendar arriving through letterboxes acros ...