Festival of the Outdoors returns to Sheffield

festival of the outdoors

Sheffield is set to showcase the strength and breadth of its outdoor communities once again, when The Festival of the Outdoors returns in March 2020, with another month-long celebration promoting fun, adventure and participation for all.

Following its inaugural year in 2019, the city’s outdoor organisations, groups, clubs and businesses are coming together again to offer a unique festival programme of over 100 events, with everything from ‘come-and-try’ taster sessions, demos, rides, runs and urban paddleboarding to guided walks and conservation.

Headline events for the festival include the Rab Climbing Works International Festival, The Magnificent Seven hill climb challenge, The Big Running Weekend and Sheffield Adventure Film Festival.  South Yorkshire Orienteers will also help kick-start the festival when they host a national orienteering race out at Burbage on Sunday 1 March.

A new addition for 2020 and one of Sheffield’s biggest major events, the Asda Foundation Sheffield Half Marathon has also come on board to become part of the Festival of the Outdoors this year.

Speaking on behalf of race organisers Run For All, Commercial Director Siobhan Curtis, said: “We’re really delighted that Sheffield Half Marathon can be part of the Festival of the Outdoors this year. Starting and finishing in the city centre, the race route takes thousands of runners all the way out to the edge of the Peak District, so it truly showcases Sheffield as The Outdoor City.

“Entrants will also have the opportunity to test their mettle against The Outdoor City Peaks Challenge, a 'triple test' incorporating a timed hill climb and downhill sprint, on one of the most scenic parts of the course.”

Several international climbing stars will be making their way to Sheffield to compete at the Rab Climbing Works International Festival (CWIF) 14-15 March, before The Climbing Works’ Co-owner, Percy Bishton, will be heading to Japan later this year having been appointed Chief Routesetter for Bouldering at the Tokyo 2020 Games.

Ahead of this year’s CWIF, the Festival of the Outdoors is offering an exclusive chance to hear from Percy with a special Route to Tokyo Q&A at The Climbing Works on Thursday 12 March.

Graeme Alderson, Co-owner of the Climbing Works and organiser of  CWIF said:  “It’s a massive year for climbing. As a new sport making its debut at the Olympic Games, there’s never been more interest and so CWIF, and indeed Sheffield, is set to be all the more in the spotlight.

“It’s an enormous privilege that the Climbing Works, and particularly Percy, are playing a part in showcasing this amazing sport to the world. The Q&A will be a great opportunity to hear about Percy’s past 30 years in route setting and the moments that have led him to this amazing point of his career.”

Sheffield’s unique cycling event The Magnificent Seven returns for its fifth outing, further cementing itself as one of the toughest cycling challenges in the UK. Taking place Sunday 15 March, the 2020 event features three new climbs at Briers House Lane, Ivy Park Road and Burnt Hill, inviting spectators from the local community and beyond to cheer on the riders.

Now in its 15th year, Sheffield Adventure Film Festival (ShAFF) will once again be bringing the wild outdoors into the heart of the city centre with a three day programme of more than 100 of the latest outdoor adventure films, taking place at the Showroom Cinema 20 - 22 March.

The festival is once again presented in association with the British Mountaineering Council, who will launch their Climate Project at this year's ShAFF, just one of many free festival experiences on offer that go beyond the films.

Speaking about this year’s ShAFF, festival organiser, Matt Heason said: “I believe that if we love the wild places we adventure in, we also have a duty to protect them. Adventurers often push the limits and challenge the norm, and so that’s why this year at ShAFF, we want to inspire everyone to use their adventurous skills and spirit to come together to shape the world for the better.

“To lead by example, we’re delighted to team up with The Outdoor City, BMC and Komoot to actually create our own special film during the festival, which will show the journey from Kinder Scout to Sheffield. The film will not only highlight the accessibility of the Peak District, but show the importance of taking care of this immensely important environment.”

Conservation also continues to be a key theme of the Festival of the Outdoors this year, with a variety of volunteering and muck-in sessions on offer. One particularly big volunteer event will be taking place up at the Devil’s Elbow Bridleway on Saturday 14 March, as Ride Sheffield and Rotherham and Sheffield Wildlife Trust host a Trail Day to repair damage caused by the storms last year.

In addition to the varied programme of outdoor activities the Festival of the Outdoors also celebrates some of the fantastic cultural events taking place in March, showcasing Sheffield’s unique offer as the leading destination for both outdoor adventure and cultural vibrancy.

Sheffield Beer Week, which takes place 9-15 March have brewed up several crossover events, including a Women in Beer Walking Tour, Pub Heritage Walks and a beer run out to brewery, St Mars of the Desert in Attercliffe.

To top it all off, True North Brew Co. have also brewed a special Festival of the Outdoors ‘Trale’ pale ale, which will be available for a limited time at their pubs throughout March and are running a competition where you can win the opportunity to be a ‘Brewer for a Day’.

The Festival of the Outdoors helps promotes Sheffield’s unique location as The Outdoor City. Built across seven hills, with 1/3 of Sheffield actually located inside the Peak District National Park, the city’s varied topography makes it a prime location for a wealth of outdoor experiences from climbing, mountain biking, road cycling to hiking and running. This has resulted in a strong outdoor community across the city.

A printed guide for The Festival of the Outdoors is being distributed across the city and will be available to pick up for free from a variety of shops, cafes, pubs and bars. The full festivals programme and a comprehensive listing of all the events is also available to view online at:  www.theoutdoorcity.co.uk/festival-of-the-outdoors 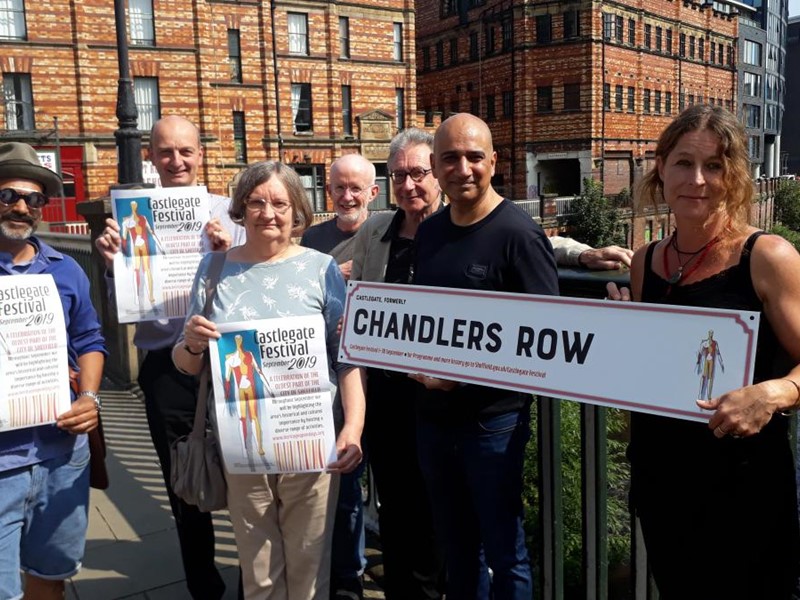 The spotlight will return to Castlegate – where Sheffield first began - for a mo ... 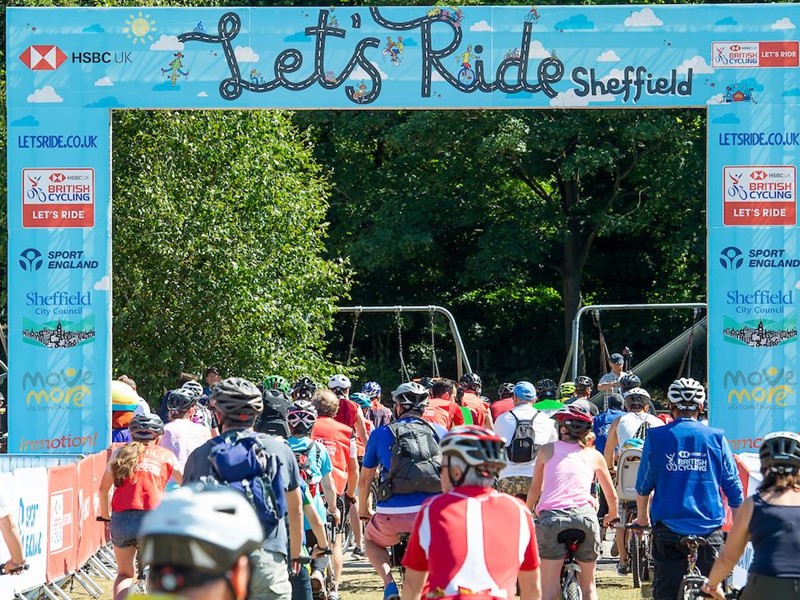 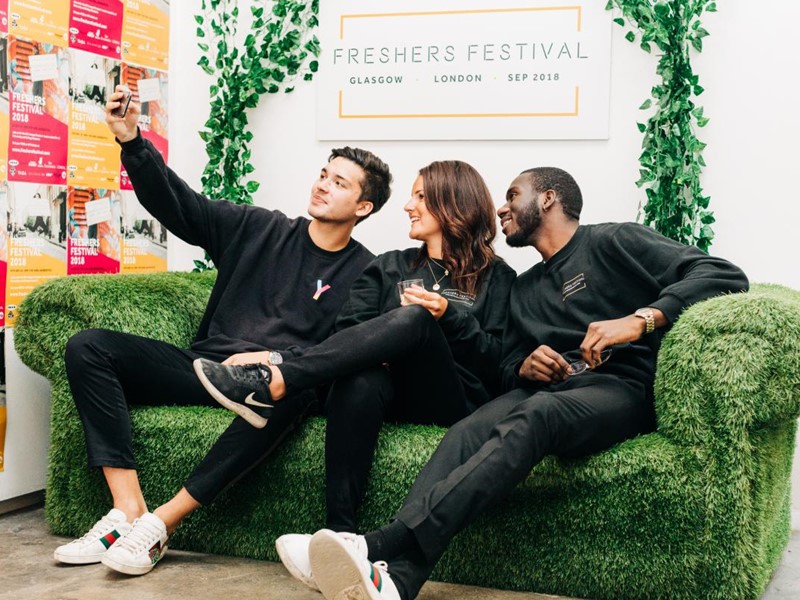 The Freshers Festival is coming to Sheffield

The national Secret Garden Live tour will be coming to Sheffield, Glasgow and Lo ... 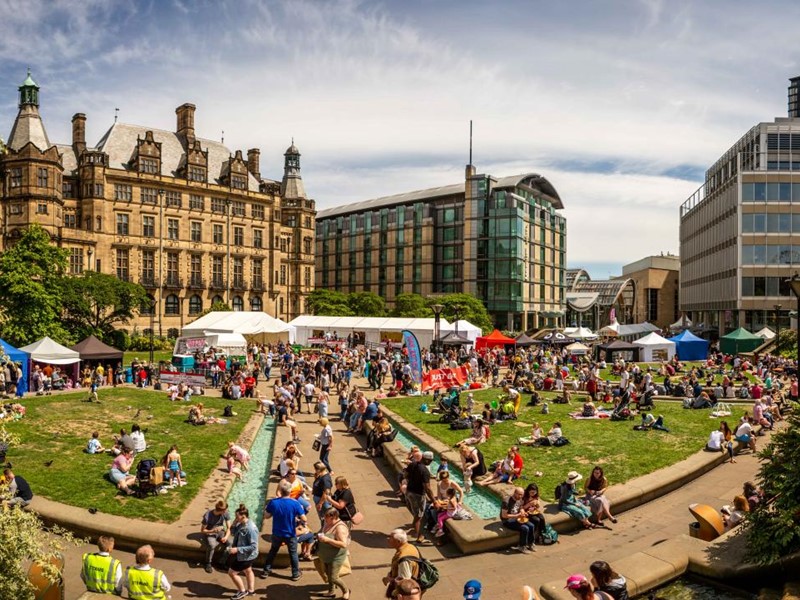 More than 50,000 people headed for Sheffield city centre to enjoy the city’s foo ...