Hotels, businesses and residents in Sheffield’s historic Castlegate will soon enjoy a transformed outlook and setting – as Phase 2 of the acclaimed ‘Grey To Green’ scheme gets under way.

Contractor North Midland Construction begins work this week after  £5.8m funding was confirmed from the European Regional Development Fund, £2.8m of which is Sheffield City Region Local Growth Funding, as well as contributions from Sheffield City Council and  Canal and Rivers Trust

The scheme will provide better links to the many hotels in Castlegate and improve bus, pedestrian and cycling access from the north east to the city centre and also towards Kelham.

Redundant carriageways from Park Square to Blonk Street will be reclaimed to provide quality areas for pedestrians and two-way cycle facilities with a new 20mph speed limit in place.

Castlegate  itself will be closed to vehicles, Blonk Street will become two-way with a 24-hour bus gate in the direction of The Wicker and there will be enhanced public spaces with perennial meadow planting, tree planting, quality materials and public art.

Fifty-seven new trees will be planted as part of the scheme.

The project will encourage new economic activity into the area, promote walking and cycling, speed up bus journeys and improve resilience to climate change flooding.

Grey to Green Phase has already won a wheelbarrow of awards for its green environment and world-leading sustainable drainage in the West Bar area. The works of the second phase that start today will extend to the top of Snig Hill in the new phase of works and they are set to be completed by March 2020.

Cabinet member Mazher Iqbal said: “The first phase of Grey To Green has justifiably won awards and attracted interest from cities around the world. It is a beautiful corridor of colour which looks good year round. I’m thrilled this success story will now extend into the city’s ancient and historic heart and provide better connectivity to the canal basin and Castlegate itself”.

“By working in partnership we are delivering another world-class scheme which will make this part of the city vibrant once again.”

Dan Jarvis, Mayor of the Sheffield City Region, said: “Work on the second phase of the Grey to Green project comes at an exciting time for our region. We’re committed to supporting people to travel in a more active way, which brings benefits such as improving people’s health, reducing congestion and improving air quality.

“Creating greener public spaces and improving walking and cycling routes, through schemes such as Grey to Green, is a crucial part of this. People don’t simply need encouragement to travel actively; they need the infrastructure that makes it possible.

“That’s why I’m pleased that Local Growth Funding, distributed through the Sheffield City Region, has supported this project. Active travel is a key priority for the Sheffield City Region and, working with our new Active Travel Commissioner, Dame Sarah Storey, we aim to create an environment where accessible and safe public spaces such as Grey to Green are the norm, rather than the exception.”

The original phase of Grey To Green saw the city’s former inner ring road transformed into a green corridor that is also home to the country’s largest sustainable urban drainage system.

Phase One was designed by a team of Council designers, supported by Professor Nigel Dunnett from the University of Sheffield’s Landscape Department.

Grey To Green has already been voted National Green Champion at the International Green Apple Awards and won the Eric Hughes Award for Outstanding Contribution to Improving Sustainability.

Grey to Green Two proposes to make Castlegate, Exchange Street and Snig Hill a location for new investment and a home for cutting-edge businesses as well as encouraging additional city centre living.

With funding from Sheffield City Region and Sheffield City Council, the project will incorporate colourful meadows, trees and a sustainable drainage system which reduces flooding risk.

Local resident Chris Dabill, who lives in the Terminal & Grain Warehouse, Wharf Street, Victoria Quays, said: "The Grey to Green Phase 2 scheme represents a long-overdue but very welcome initiative to improve the quality of life for those residents and businesses that are based within the Castlegate area."

By 2021 Government will have invested over £12bn through the Local Growth Fund, allowing LEPs to use their local knowledge to get all areas of the country firing on all cylinders.

There are 38 LEPs covering the whole of England, which are investing LGF money in a wide range of projects including transport, skills, business support, broadband, innovation and flood defences. 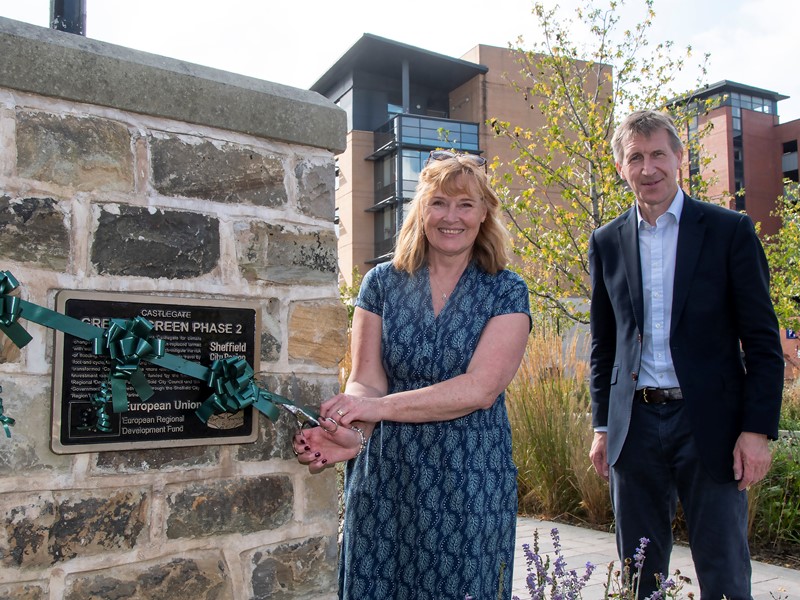 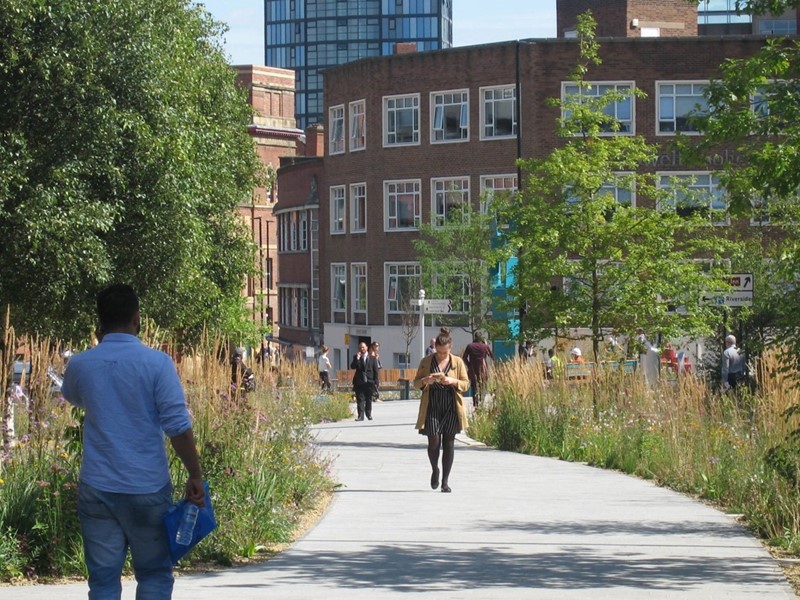 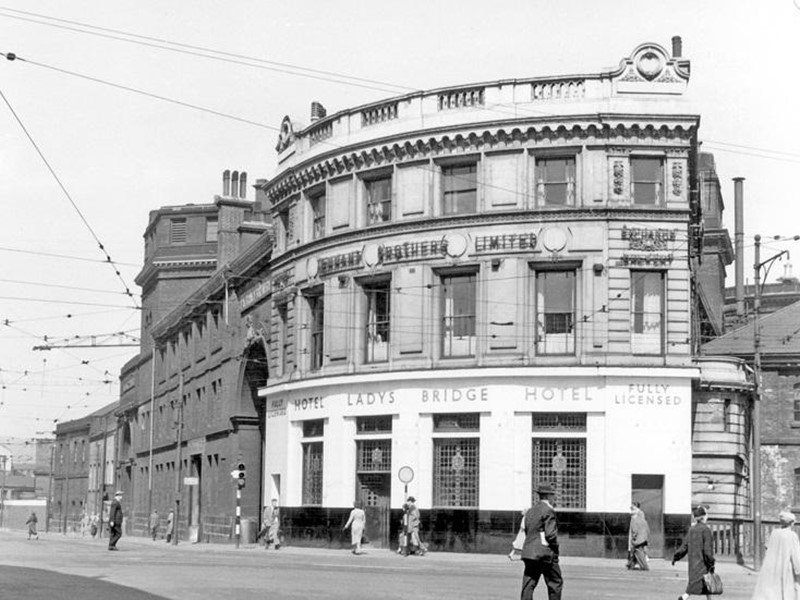 Changes have been made to Castlegate Festival 2020, with many events moving online in light of new social distancing rules. 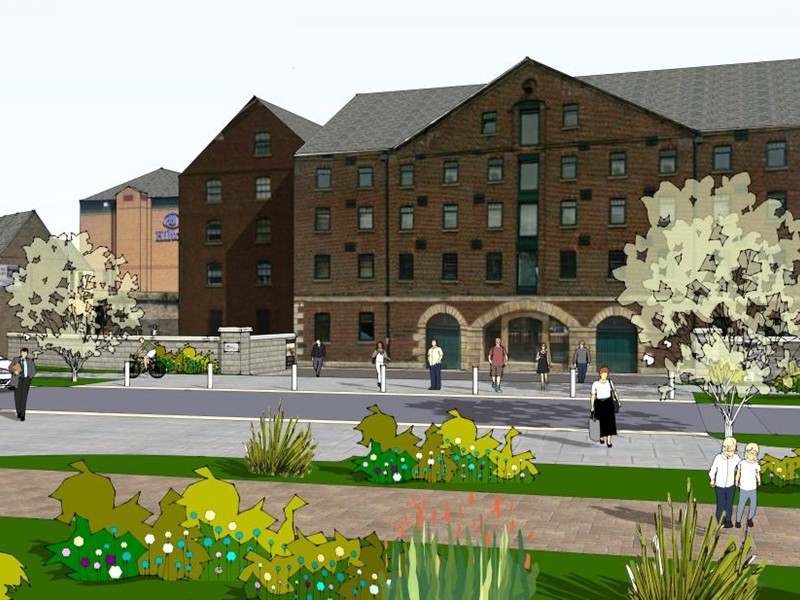 Big changes in Sheffield as £10m schemes get under way

People walking through the Castlegate and Fitzalan Square areas of Sheffield wil ...