There are four new faces in this year’s Cabinet. The Education and Skills portfolio will be taken over by Councillor Abtisam Mohamed, Abtisam is a Councillor for Firth Park Ward and has a background as a solicitor and works for local charity Aspiring Communities Together.

Also coming into the Cabinet is Councillor Bob Johnson, who will be taking over the Transport and Development brief, which also includes issues such as Planning and Housing Development prior to being a Councillor Bob worked for Thompsons Solicitors in IT.

George Lindars-Hammond will move from Cabinet Adviser to Cabinet Member in the Health and Social Care Portfolio.

Paul Wood is the new Cabinet Member for Neighbourhoods and Community Safety, which includes council housing, also after previously serving as Cabinet Adviser in the portfolio.

Climate Change has also been highlighted as a key focus with Lewis Dagnall adding it to his Environment and Streetscene brief and he will continue to develop Sheffield’s ambitious green city agenda.

All the other portfolios will remain the same.

The full cabinet is:

“We are currently in a turbulent political time and this combined with the brutal impact of a decade of austerity means that now more than ever we must listen to the concerns of people in the city.

“We will continue to fight to protect our public services, and are also committed to creating the city that Sheffielders deserve. City centre regeneration has taken great strides in recent years, alongside the development of new housing and the repair of our road network.

“However, for me, the most special thing about our city continues to be the people. We are determined to do everything we can to tackle inequality which is, for me, the main issue we face. Key to this is investing in our young people and their families, to give them the future they deserve.

“I would like to pay tribute to all of our team of Labour Councillors who will continue to stand up for Sheffield and always put our city first, representing local people and fighting for our public services despite the continued impact of austerity.” 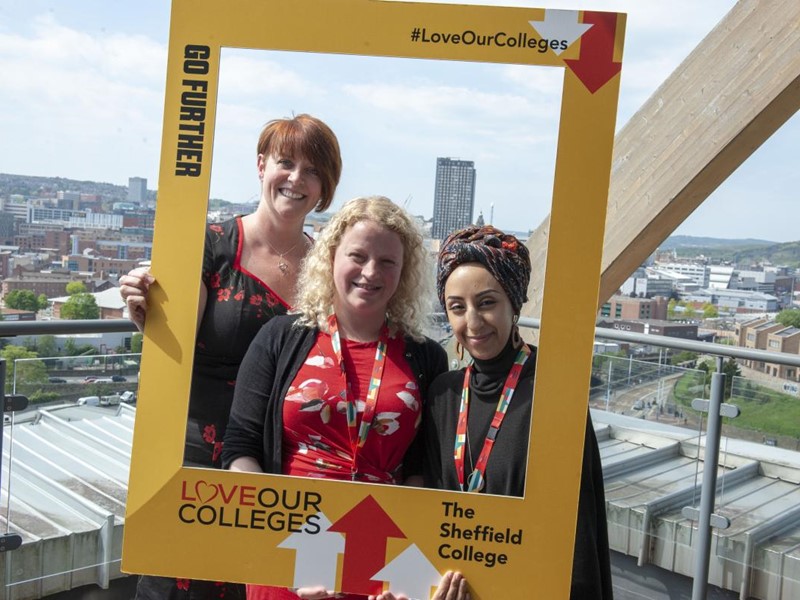 Originally released by Sheffield College  A leading politician is backing a nat ...

Council set to balance budget despite a decade of cuts

Sheffield City Council has acknowledged that it will overspend in the current fi ...