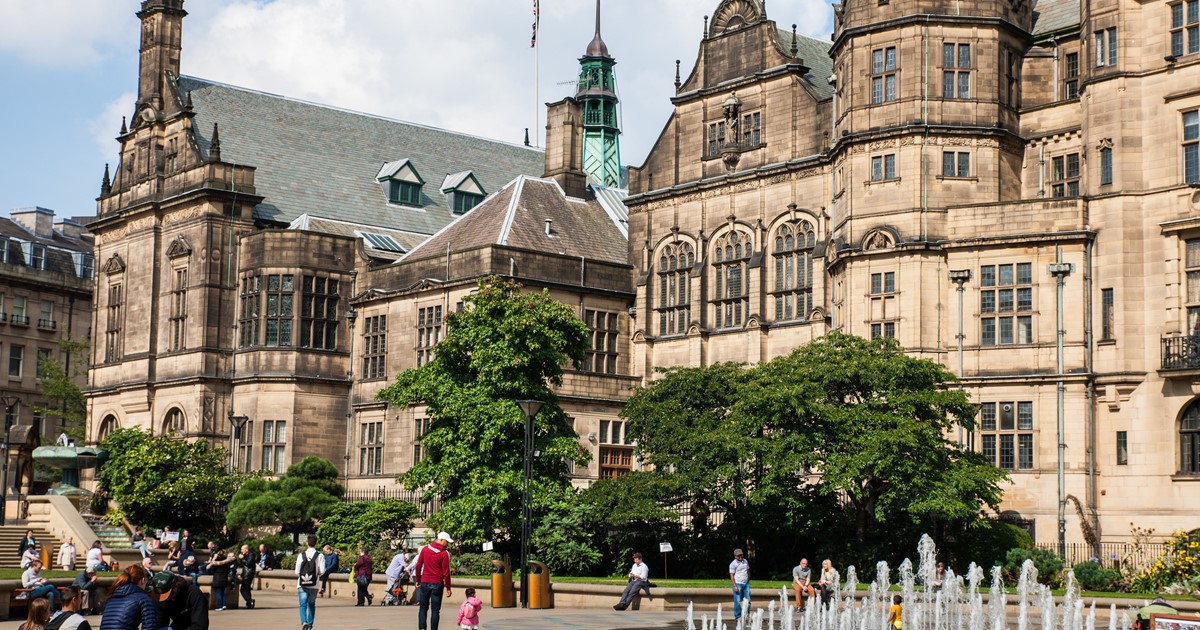 Each of the now appointed candidates brings with them a wealth of knowledge and experience for the benefit of the city.

The new Directors are passionate about Sheffield and will help deliver the Council’s ambitious One Year Plan as well as shape the future of our city. 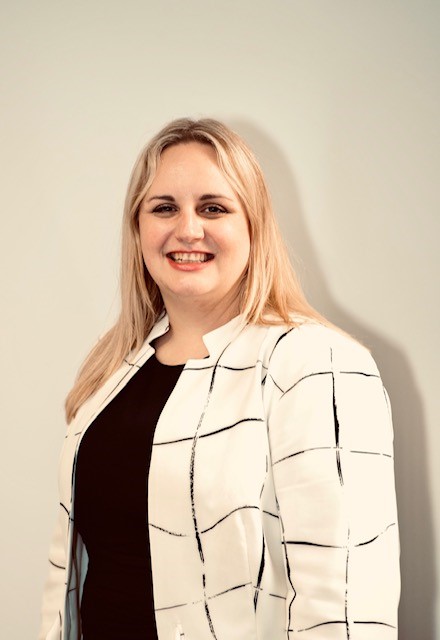 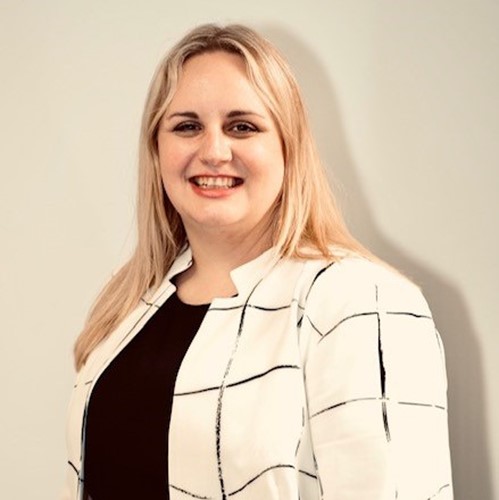 Kate Martin (pictured) is to take on the role of Executive Director, City Futures 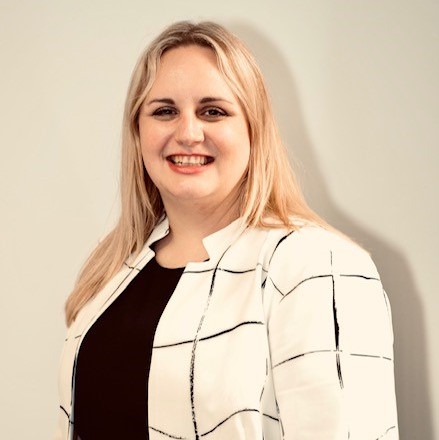 Kate, who grew up and studied in Sheffield, is an experienced Executive Director of Place and Growth, who has successfully supported Local Government for over 20-years, including at Director level for the City of Wolverhampton, London Borough of Camden and London Borough of Brent Councils.

Kate is passionate about placemaking, with an award-winning track record of working with Councillors, residents, communities and businesses across the UK. Kate has held a range of non-executive roles with UK companies, regional organisations and government bodies.

Kate said: “As a Sheffielder, I am delighted to be returning to my home City where I grew up, where my family still live and where I studied.  It is truly an honour to join the Sheffield City Council team, back in the city I love which provided so many early opportunities. I am looking forward to working with all City Councillors, Council teams, partners, communities and businesses to shape and drive forward the next phase of Sheffield’s City Future together.” 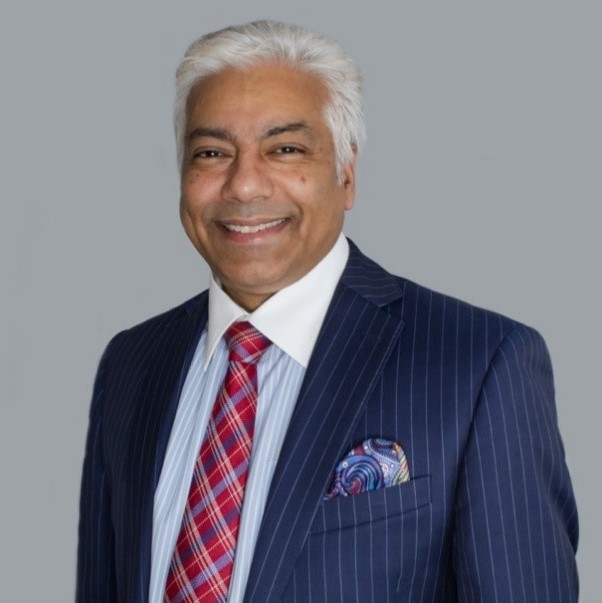 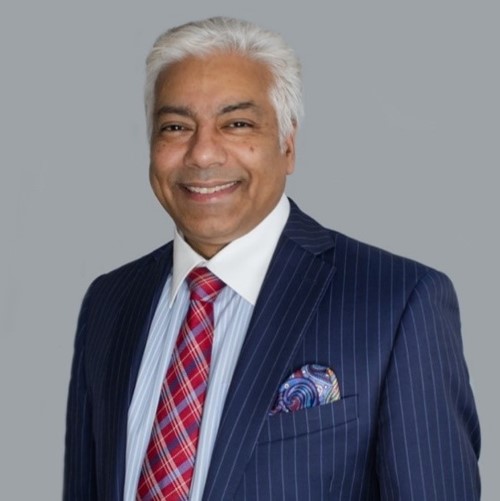 Ajman Ali (pictured) is to take on the role of Executive Director, Operational Services

Ajman is a lifelong resident of the city. Educated at Sheffield Hallam University, he holds an MBA and since 2018 has been at the London Borough of Hackney Council as Executive Director of Neighbourhoods and Housing.

He started his local government career 32 years ago at Sheffield City Council and is returning as Executive Director of Operational Services, having left the council in 2000 to join Doncaster Council. He has worked in Stafford and Rural Homes as well as having held various director level roles at Mansfield, Sandwell and Rotherham Councils. He is a non-executive director at Wakefield District Housing Association and Arches Housing Association, and also a Magistrate.

Ajman is devoted to providing exceptional public services and brings a wealth of experience in managing a large and diverse range of front-line operational services, improving performance, transforming neighbourhoods and outcomes for residents.  Some of which have received recognition from external bodies and include the Local Government Chronicle “Low Carbon Council of the Year” Award and “Council of the Year” for council housing at the UK Housing Awards.

Ajman said: “I am delighted to have been appointed the Executive Director of Operational Services in my home city and returning to the Council from where my local government career started.  I look forward to working with the Chief Executive, Kate Joseph and the leader Cllr Terry Fox, the Co-operative Executive and our partners to deliver the city’s ambitions and provide exceptional council services for our residents”.

Joe Horobin is currently Head of Commissioning for Adult Social Care at SCC and has been appointed as Director of Integrated Commissioning. She has previously held positions as Head of Commercial Development, Head of Improvement and Development and Head of Community and Neighbourhood Renewal. 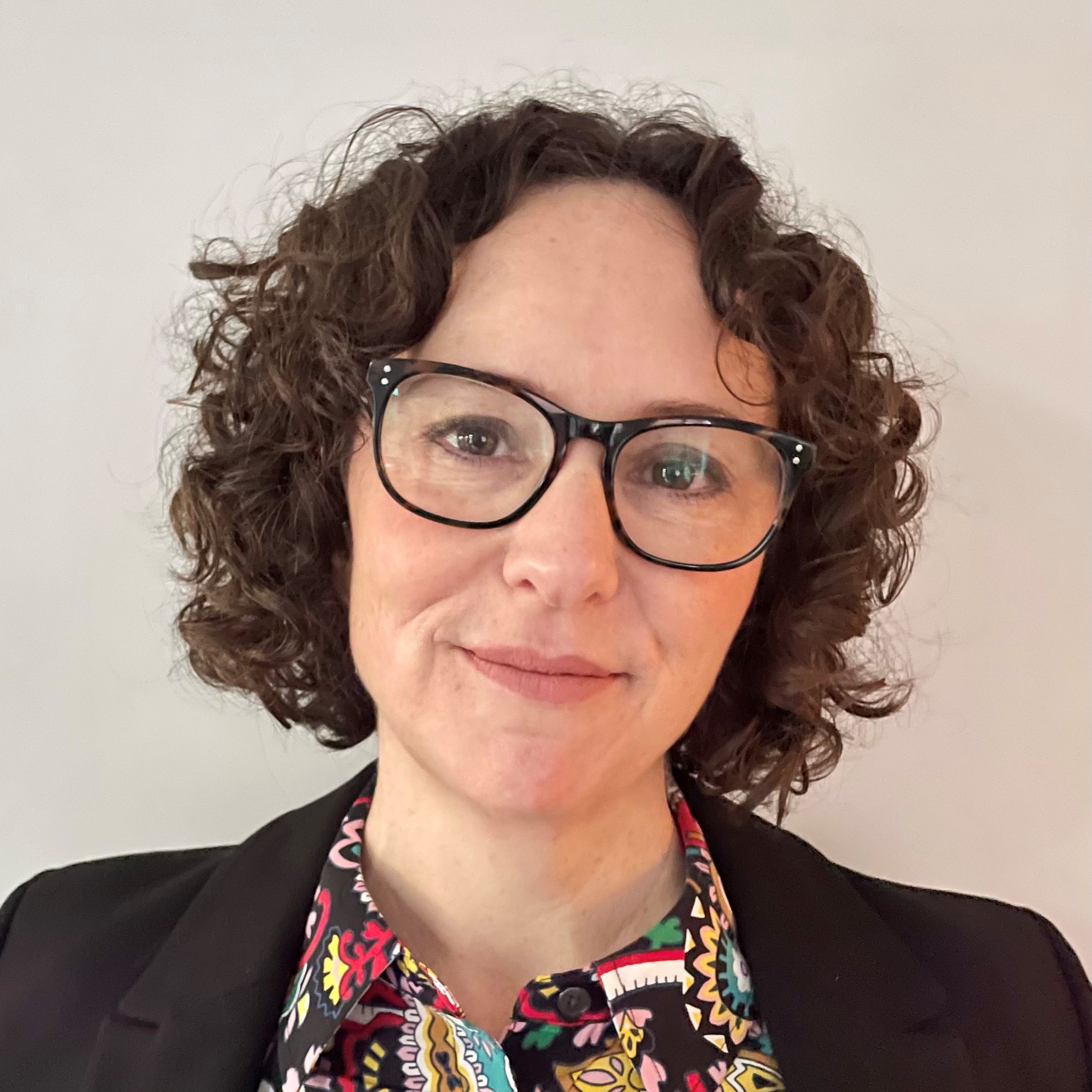 Joe is a highly qualified and skilled strategic commissioner with 15 years senior leadership experience at Head of Service and Assistant Director level.  She offers a track record of system leadership, utilisation of business and market intelligence, and coproduction with stakeholders to establish and deliver against clear and shared vision and mission.

Her experience spans the public, private, and voluntary, community and third sectors where she has managed large services within complex organisations and worked as an executive coach and business development consultant.

Joe said: “I am really looking forward to working with Members, colleagues, partners and stakeholders in this new role. I am excited about bringing my commissioning experience and expertise to delivering positive changes in the city through an integrated and coproduced approach to the design, delivery and quality of services in Sheffield.

“This is a fantastic opportunity to build on the great partnerships Sheffield has in place already, across health, education, young people’s services, social care, the voluntary and community sector and of course with the people of Sheffield, to deliver on our shared ambitions for the city’s future.” 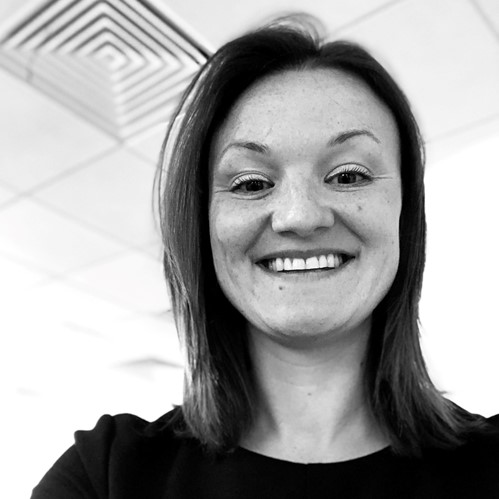 Diana has led the implementation of Sheffield’s Business Recovery Plan which has been co-produced with the private sector and directed the £2m Economic Recovery Fund working with high street businesses and the 'Summer in the Outdoor City' events and marketing campaign.

Her expertise includes strategy and project development and galvanizing public–private partnerships. She holds a MSc in International Economics and first-class honours degree in Finance, Business and Economics. Diana has achieved a distinction in company direction through IoD, giving her new insights into corporate leadership, strategy, finance and governance.

Diana said: “City leaders have a once in a generation opportunity to influence the city’s response to tackling inequality, and reversing the climate crisis. I’m excited to play my part alongside our communities, businesses, and anchor institutions in this new role.

“I hope to be a catalyst for collaboration and innovation in the city, as well as a listening ear, to ensure our services are supporting the city’s entrepreneurs, makers and businesses to thrive.”

Director of Streetscene and Regulations

Richard Eyre currently holds the position of Interim Director of Operational Services at SCC and has been appointed as Director of Streetscene and Regulations. Richard has previously worked as Head of Major Events, Markets, City Centre & CCTV. 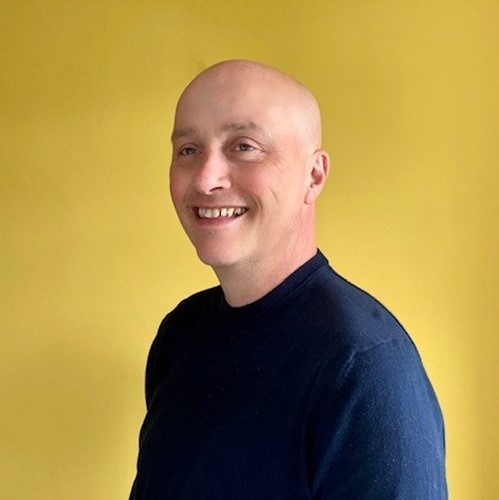 Born and raised in Sheffield, he has worked for the City Council since leaving school where he started as an apprentice electrician and has successfully progressed through a number of roles.

Richard is a member of the Corporate Leadership Team, Portfolio Leadership Team and Performance and Delivery Board. He has strategic leadership and accountability for the Council’s Regulatory and Street Scene functions, including the operational response to the Covid-19 pandemic and workforce and culture change initiatives.

Richard said: ‘As a born and bred Sheffielder from Parson Cross and having worked for the council since leaving school starting as an apprentice electrician, I’m passionate about making a positive difference to our city. I’ve had the fortune to have worked alongside and learn from some great people throughout my career and I’m really looking forward to leading and developing a wide number of core and essential services that have a huge impact on peoples quality of life and attractiveness of Sheffield.”

Interviews are due to take place later this month for the positions of Director of Direct Services and Director of Climate and Investment.

Richard and Diana will start their new roles on 17 January, Joe’s new role will begin on 1 February and Kate and Ajman will join the organisation in the coming months.

Kate Josephs, CEO of Sheffield City Council said: “I am thrilled to announce the recruitment to the vacant Corporate Leadership Team posts. Each of the newly appointed senior leaders has a strong track record and all bring energy, ideas and diverse perspective all the while united in their personal commitment to our city. These are incredibly exciting times for our city and the council.”

Cllr Terry Fox, Leader of the Council, said: “I’m immensely proud of our wonderful city, and every day I see my colleagues in the council put their heart and soul into delivering for Sheffield and our residents. We are highly ambitious, and I am confident the new members of the Corporate Leadership team will help bring out plans to life - empowering our communities, growing our economy, improving our wellbeing and embedding sustainability in everything we do.”

A statement on our Chief Executive

Today our Chief Executive Kate Josephs made a statement involving her former role at the Government's Covid-19 Taskforce. Council leader, Cllr Terry Fox, has responded with a statement.

The Council will be hearing from local communities over the coming months to shape how the LACs will work and there will be a range of opportunities for people to share their views, recognising that people want to get involved in different ways.

A cross-party committee has been established following Kate Josephs’ statement about a gathering that happened in her former role at the Government’s Covid-19 Taskforce. 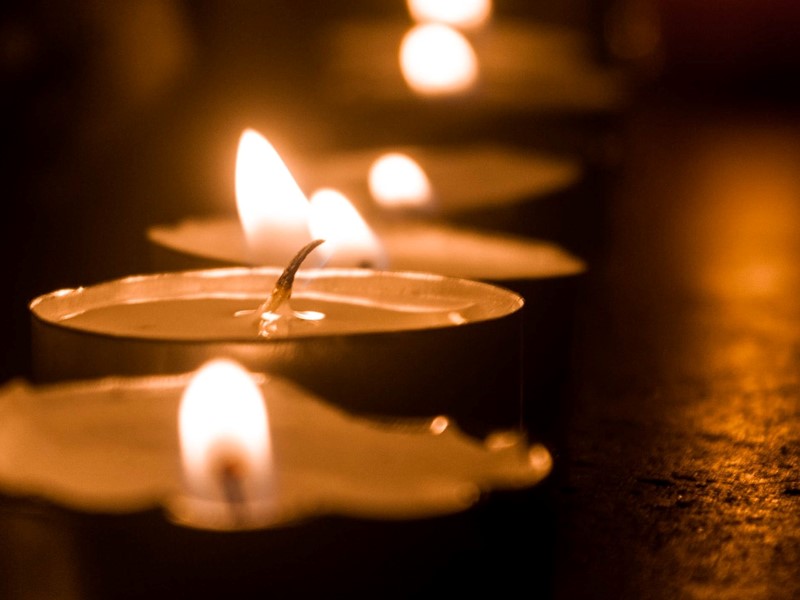 Holocaust Memorial Day - this year themed 'One Day' - takes place on Thursday 27 January. An online vigil will be available for all to join from 5.30pm.