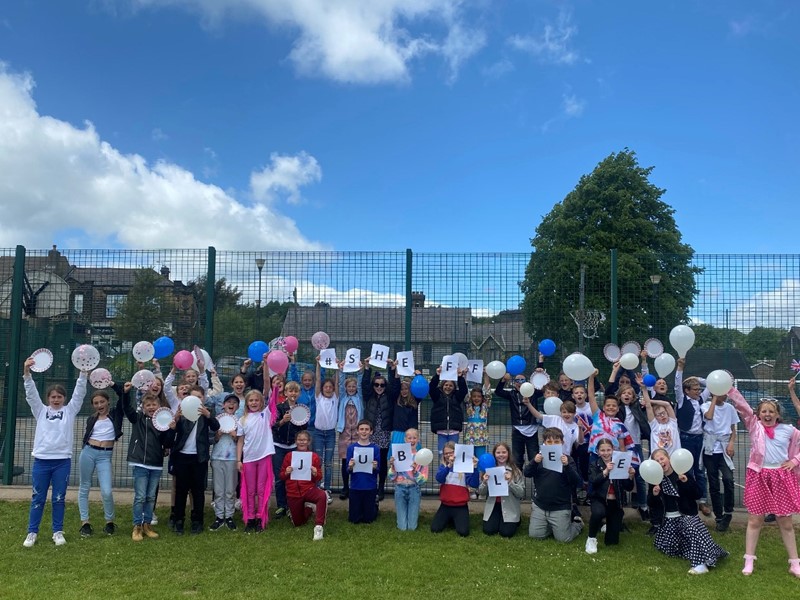 There will be a four-day bank holiday weekend from Thursday 2nd June to Sunday 5th June 2022, meaning that people across the UK will be given two days off work to celebrate the Queen’s historic reign.

At the event, the Sheffield beacon will be lit as part of the United Kingdom’s long tradition of celebrating royal jubilees, weddings and coronations. Over 1,500 beacons will be lit throughout the United Kingdom, Channel Islands, Isle of Man and UK Overseas Territories. For the first time, beacons will also be lit in each of the capital cities of the Commonwealth countries to celebrate The Queen’s Platinum Jubilee. The Principal beacon will be lit in a special ceremony at Buckingham Palace.

There will be events, activities and parades in the city centre along with a giant screen to show the Queen’s Party at the Palace on Saturday 4th June and other events across the full weekend. The Town Hall, City Hall, St Paul’s Parade, Inner Peace Gardens and Sheffield Winter Garden will be decorated with Union Jacks and bunting will be on display throughout the city centre including the Moor Market.

The Norfolk Heritage Park event is being held in association with the city centre’s annual Food Festival, which is also celebrating its 10th anniversary this year. The Food Festival will be on over the 4 days and Platinum Jubilee-themed.

The Food Festival, https://sheffieldfoodfestival.co.uk/ is a free event and will have an enhanced produce and artisan market section, that features food producers and businesses from around Sheffield and further afield, bringing a range of vegetables, fruits, spices, preserves, oils, cakes cookery books, craft beers, gins, cakes and much more to take home and enjoy. The Street Food market will be packed with treats from local companies, with 90% of traders based in the city. There will also be the Green Village, with Heeley City Farm bringing together a showcase of the organisations, groups and businesses working on sustainable, environmental and organic produce. The Treats and Beats Festival Village in the Peace Gardens will feature a demo stage for chefs and local celebrities and people of passion giving cooking demos, talks and showcases on all things food and drink in between the bands and DJs.

People are invited to share friendship, food and fun with neighbours as part of the Platinum Jubilee celebrations. A Big Jubilee Lunch can be big or small - street party or picnic, tea and cake or a garden barbeque. The Big Lunch provides tips and ideas for hosting an event. Over 1400 people have registered to host Big Jubilee Lunches so far, with events being planned across the length and breadth of the country.  Sheffield communities are already planning their celebrations.

For those holding their own street party, there is a free party planning pack and more information at www.sheffield.gov.uk/platinumjubilee.

National celebrations include The Queen’s Birthday Parade, Trooping the Colour, which will begin at Buckingham Palace on Thursday 2nd June with over 1,400 parading soldiers, 200 horses and 400 musicians coming together in the traditional Parade to mark The Queen's official birthday, usually held on the second Saturday in June. The parade will move down The Mall to Horse Guards Parade, joined by Members of the Royal Family on horseback and in carriages. The Parade will close with the traditional RAF fly-past, watched by The Queen and Members of the Royal Family from the Buckingham Palace balcony. Tickets are available to the public.

On 3rd June there will be a Service of Thanksgiving for the Queen’s reign at St Paul’s Cathedral.

On Sunday 5th June there will also be a Platinum Jubilee Pageant where artistic performers, dancers, musicians, military personnel, key workers and volunteers will unite to tell the story of The Queen’s 70-year reign in an awe-inspiring festival of creativity. The London based Pageant will combine pomp and ceremony, street arts, theatre, music, circus, costumes as well as cutting-edge visual technology, drawing on talent from every part of the United Kingdom and across the Commonwealth.

In addition, initiatives including The Queen’s Green Canopy , a unique tree planting initiative created to make the Queen’s Platinum Jubilee invites people from across the United Kingdom to ‘Plant a tree for the Jubilee’ and the

Platinum Pudding competition will create a lasting reminder of The Queen’s Jubilee, while The Queen’s private estates will also join in with special Jubilee themed events offering more opportunities for members of the public to celebrate the historic milestone. People can mark the tree they plant on the Queen’s Green Canopy map.

Councillor Terry Fox, Leader of Sheffield City Council, said: “This is a historic moment for our country and for HM the Queen. Reigning for 70 years is an incredible achievement. In Sheffield, we look forward to celebrating this unprecedented Jubilee in style together right across the city, from the show in Norfolk Park, the city centre celebrations and the Food Festival to Big Jubilee lunches and street parties. I for one will be enjoying the extra bank holiday day this year and I’m sure we will all appreciate it, to take the opportunity to enjoy one or all of the events and celebrations on offer with our families and in our communities.”

Please note: Parking is limited around Norfolk Park so walking or cycling to the event is a preferred option wherever possible.