West End critically acclaimed play, Soldier On by Jonathan Lewis, will form the centrepiece of an inspiring programme of creativity that also includes a series of workshops, exhibitions, talks and performances, such as Michael Morpurgo in conversation with Ade Adepitan, Dance workshop; Movement to Contact and Theatre workshops with Jonathan Lewis and cast members from Soldier On.

Produced and delivered by The Soldiers’ Arts Academy, this new initiative will demonstrate how those leaving the Armed Forces can look for new work outside the military family and find inspiration and security in the arts and creative industries.

Amanda Faber who produced Soldier On with The Soldiers’ Arts Academy, said: “The Soldiers’ Arts Academy provides a platform for serving and veteran military personnel and their families to recover, retrain and to access new work. It’s the first time that a production of this kind has had an extended West End run and it is a huge step forward in the groundswell of support and nurturing of significant new artistic talent from those leaving the Armed forces and their families to look for new work outside the military family.”

Producing the dance workshop, ex-US Marine and classically trained ballet dancer and choreographer Roman Baca, said: "Soldier On is a play written by veterans and civilians that got together to do something creative and healing.  In a similar way, Lily and I have designed a workshop that brings veterans and civilians together to create choreography, share ideas, and move in ways that are new and fun."

The arts programme which is open to the public, provides a brilliant opportunity for people in Sheffield to be a part of the Invictus UK Trials and get a better understanding of how the event supports ex-servicemen and women to overcome the physical and mental challenges they face.

The opportunity to take part in these Soldiers’ Arts Academy events in Sheffield will not come around again and all have limited availability. Advance booking is essential and all events are available now on the Sheffield City Hall website – search ‘Invictus’.

After two sell-out London seasons and a national tour in 2018 ‘Soldier On’, arrives in Sheffield at The Oval Hall, Sheffield City Hall on 23, 24 and 25 July.

Nicknamed as ‘The Full Military Monty’ by veteran, filmmaker Neil Davies, the play is inspired by true stories which Jonathan Lewis, author of the multi-award-winning West End hit ‘Our Boys’, work-shopped with British servicemen and women and their families over five years.  A passionate cast, many of them Army and Royal Marine veterans, bring their own experiences to life through a mix of storytelling, music, dance and mixed media that is hilarious but at the same time hard-hitting, poignant and close to their own hearts.

With a cast including injured veterans, the show explores what really happens when military personnel leave the army - through the journey of a group of soldiers and their family members who take up acting to help them recover from PTSD.

Due to strong language and adult references the age recommendation for this production is 14+.

An Audience with Sir Michael Morpurgo

Sheffield also welcomes Sir Michael Morpurgo, one of the UK's most loved story-tellers and bestselling author of War Horse, Private Peaceful and the Butterfly Lion.

In this one-off event, at Sheffield City Hall on 24 July from 4-5pm, Michael talks to Paralympian and presenter Ade Adepitan about his life and work and about writing about war and its consequences.

This is an unmissable opportunity to hear about the stories, people and creatures that have inspired him to write. Michael began writing stories in the early 1970s, in response to the children in his class at the primary school where he taught in Kent.

Now one of the UK’s best-loved authors and storytellers he was appointed Children’s Laureate in 2003, a post he helped establish with Ted Hughes in 1999. He was awarded an OBE in 2007 and a Knighthood in the New Year’s Honours in 2018 for services to literature and charity.

Michael has written more than 130 books, including The Butterfly Lion, Kensuke’s Kingdom, Why the Whales Came, The Mozart Question, Shadow, and War Horse, which was adapted for a hugely successful stage production by the National Theatre and then, in 2011, for a film directed by Steven Spielberg.

Dance Workshop: Movement to Contact on Friday 26 July, is a must for any keen dancer or those with no previous experience that want to give it a try. Led by ex-US Marine Roman Baca and trained ballet dancer and West End Choreographer Lily Howkins.

This special event is open to veterans and their families, local dance groups and anyone interested in dance. No experience is needed.

Roman Baca, a New Mexico native, is a classically trained ballet dancer and choreographer. In 2001, recognizing his desire to defend the vulnerable, he took a hiatus from dance and enlisted in the United States Marine Corps, serving as a machine-gunner and fire-team leader in Fallujah, Iraq during the Iraq War.

Lily, who designed the choreography for Soldier On, is resident choreographer for London’s Theatre Sotto Voce, with whom she has been working on new children’s musical 'Behind Enchanted Windows', developing the choreography through an R&D process at The Unicorn Theatre.

A theatre workshop with Jonathan Lewis and cast of Soldier On also takes place at the Sheffield City Hall on Wednesday 24 July at 10am.

Jonathan is an award-winning writer, director and actor. This is a unique chance to work with him and cast members.

Throughout the week (22 - 26 July) people can also drop-in to a free photography exhibition, featuring works by Amanda Searle, Rupert Frere and Wendy Faux in the Sheffield City Hall.

Theatre workshop with Jonathan Lewis and cast members from Soldier On

a choreographic workshop for veterans and civilians 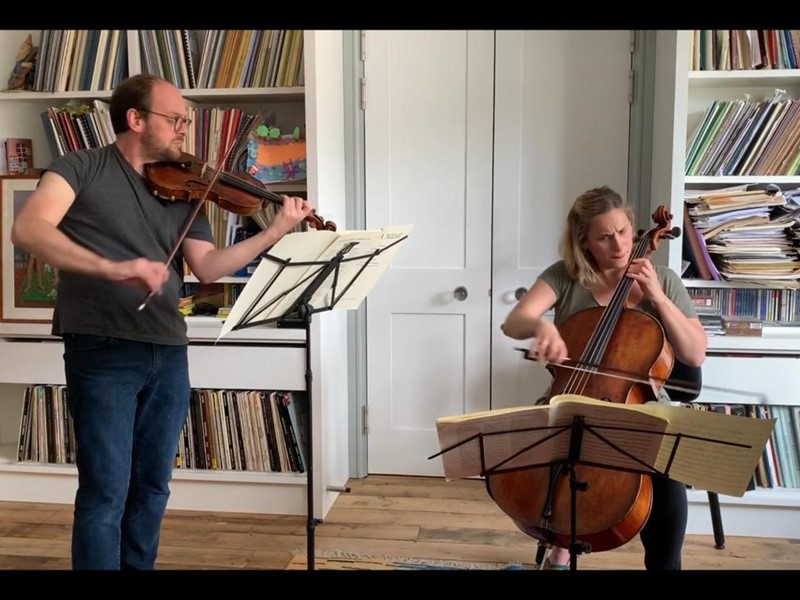 World-class musicians at home with Music in the Round

A free online festival of music from some of the world’s finest musicians is bei ... 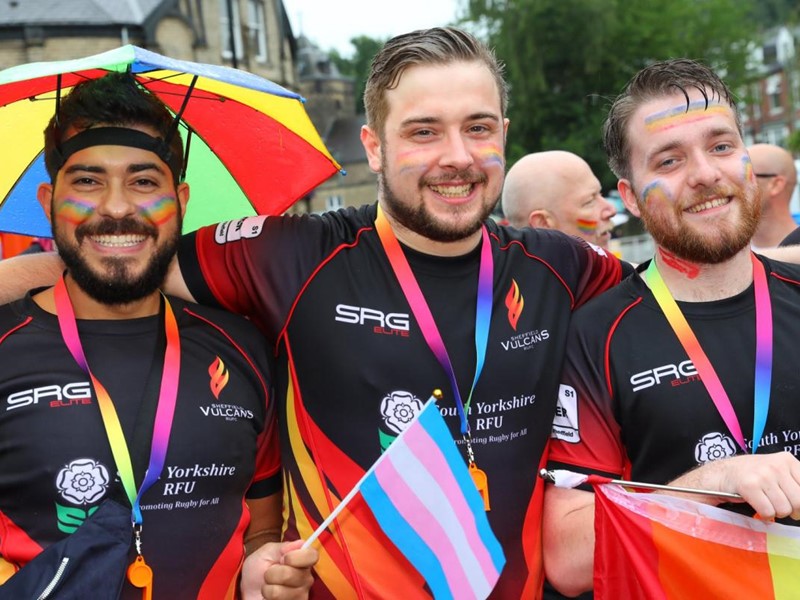 https://youtu.be/cAR1lVVJ63Q In 2019 we shared some amazing experiences in Sheff ... 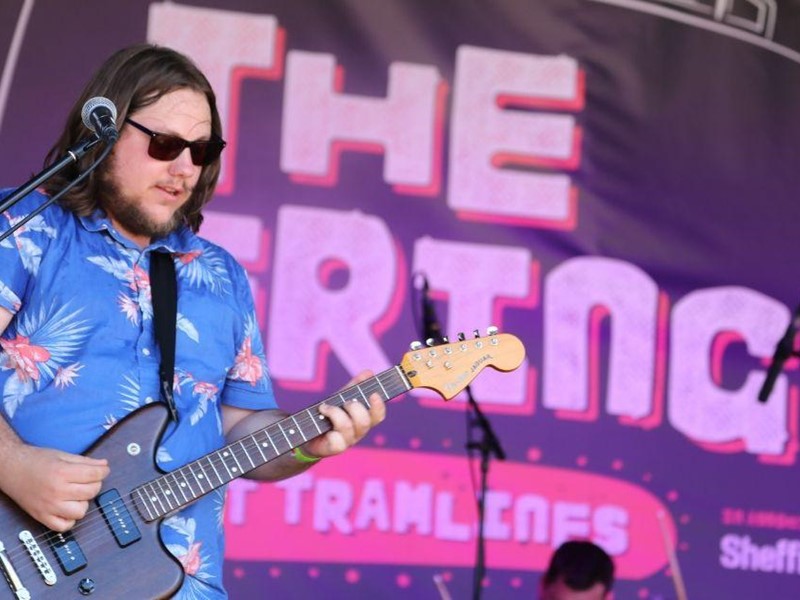 The Fringe at Tramlines returns for second year

The Fringe at Tramlines returns for a second year on Saturday 20 and Sunday 21 J ... 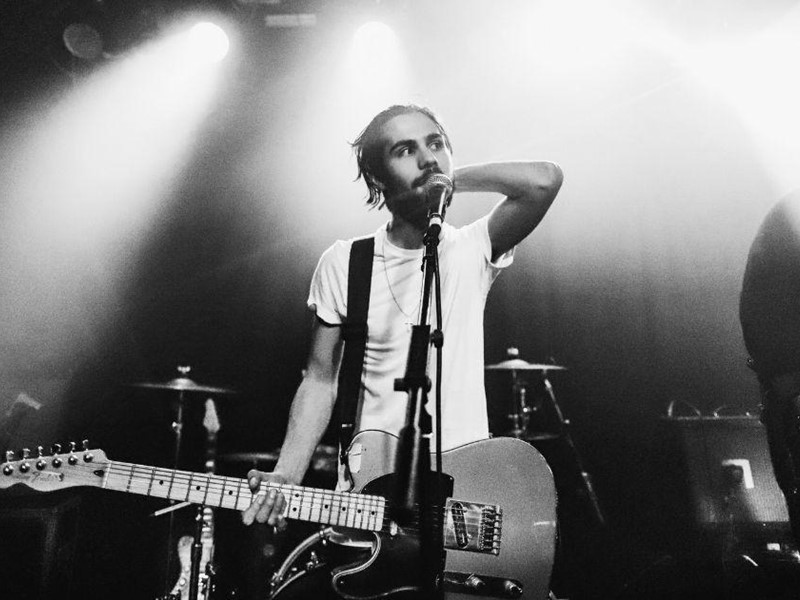