Catfish and the Bottlemen

Tramlines, Sheffield’s biggest city-based music festival has announced the lineup for its 2020 event, taking place at the 30,000 capacity Hillsborough Park from Friday 31 July to Sunday 2 August. Headliners have been revealed as Ian Brown, Catfish and the Bottlemen, and Madness, plus over 25 more acts have been unveiled including The Kooks, DMA's, Pale Waves, Dizzee Rascal, The Hives, The Fratellis, La Roux, The Pigeon Detectives, Easy Life, The Snuts, The Sherlocks, Twisted Wheel, Sister Sledge, The Big Moon, Lucy Spraggan, Sundara Karma, The Magic Gang and more.

While a limited number of weekend tickets are now available priced at £99.50 (+bf), Tramlines has for the first time released day tickets, five months ahead of the three-day event. They’re priced from £45 and can be purchased alongside other ticket options from www.tramlines.org.uk.

Following its first ever sell out in 2019 and subsequently receiving the UK Festival Award for Best Metropolitan, Tramlines is one of the UK’s fastest growing festivals. It grew from humble beginnings in 2009 as a free, multi-venue, inner-city festival, to a single greenfield site that stages the biggest names in pop, rock and indie across five stages of music, alongside the best in art, comedy, performance, handpicked food and craft ales. Watch the 2019 aftermovie here https://youtu.be/m-eWBk16Js4.

Headliners for the 12th instalment of Tramlines on ‘Sarah Nulty’s Main Stage’ are Stone Roses frontman, Ian Brown (Friday), indie-rockers Catfish and the Bottlemen (Saturday) – a band who first appeared at Tramlines many moons ago as an upcoming band on one of its smallest stages, and the UK’s favourite ska outfit, Madness (Sunday).

Tramlines Festival Operations Director, Timm Cleasby commented, “I’m proper excited for us to bring this line up to Sheffield. Big names for Sheffield’s biggest party. Gettin the F.E.A.R. with Ian Brown on Friday Night, right through to Sunday Madness, It Must Be Love. With some of Yorkshire’s finest bands too, I Hate To Say I Told You So, but it’s going to be Bonkers. See you in the park.”

The 2020 lineup for Tramlines is packed with some of the UK’s all-time rock and indie favourites. Appearing are poster boys of the noughties indie wave scene, The Kooks, ‘Chelsea Dagger’ indie swingers The Fratellis, the platinum selling The Pigeon Detectives, Twisted Wheel who formed at the heart of Manchester’s indie rock scene and were regularly seen supporting the likes of Oasis and Tramlines headliner himself, Ian Brown. Adding an international injection to the rock offering are, from Sydney down under, the DMA’s who’ll bring rock ballads aplenty.

Tramlines 2020 is also thrilled to announce that rebel pop star La Roux will appear as she gears up to release her third album ‘Supervision’ later this year. Swedish garage-punk kingpins, The Hives will also star amongst a melting pot of sounds including a return set to Tramlines from Grime MC, Dizzee Rascal, disco anthems from Sister Sledge, goth-pop from former BBC Introducing duo, Pale Waves, the Mercury Prize nominated all-girl outfit, The Big Moon, and the eclectic sounds of Easy Life who return with their mash up of hip hop, r’n’b and jazz that wowed crowds on the Leadmill Stage at Tramlines last year.

As ever, Tramlines welcomes a slew of talent from across its home city and the Yorkshire regions. The ever popular four-piece, The Sherlocks join the bill whose impressive credits include being the first unsigned band after the Arctic Monkeys to sell out the legendary independent venue, the Leadmill. The ever-cherished singer and songwriter Lucy Spraggan who’ll deliver her folk pop signature style as seen on album number five released in 2019, and on her recent quirky cover of The Proclaimers ‘500 Miles’, plus the heavy, fast-paced indie sounds of The Reytons, the loud punk sounds of The Blinders, and Sheffield favourites the Everly Pregnant Brothers renowned for their amusing spoof numbers.

Over the years Tramlines has been known for offering a platform to some of the best new and emerging talent around. 2020 is no different and ‘ones to watch’ include rising Scottish five-piece, The Snuts who’ll bring a catalogue of indie stompers, Reading quartet Sundara Karma, and hailing from Brighton, The Magic Gang and Fickle Friends who’ll deliver big melodies and progressive indie pop.

As well as weekend tickets costing £99.50 and day tickets costing £45 (Friday) and £50 (Saturday and Sunday), children’s ticket are also on sale. With a pass for 5 – 12-year olds costing just £10 and £3 for those aged 4 and under, Tramlines continues to offer some of the best value festival tickets around.

This is just the first wave of talent set to perform at Tramlines 2020. Festival-goers should keep an eye out for further lineup announcements, plus further announcements from across the festival site including lineups for the comedy tent, programming for the eclectic family-friendly area ‘Into The Trees’, and the return of Speaker’s Corner.

Keep up to date with all the latest news and announcements at www.facebook.com/tramlines­. 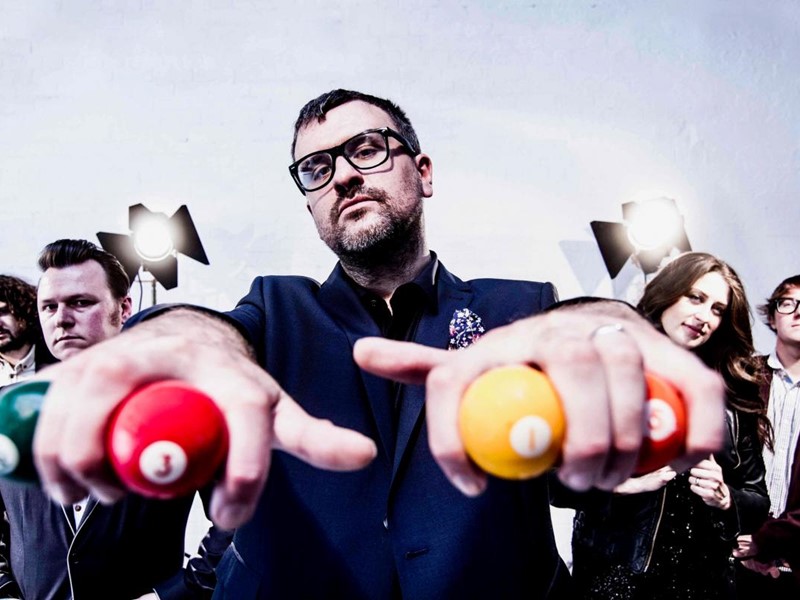 'A Celebration of Tramlines'

The Leadmill, Jon McClure and many more join forces to help raise money for Shef ... 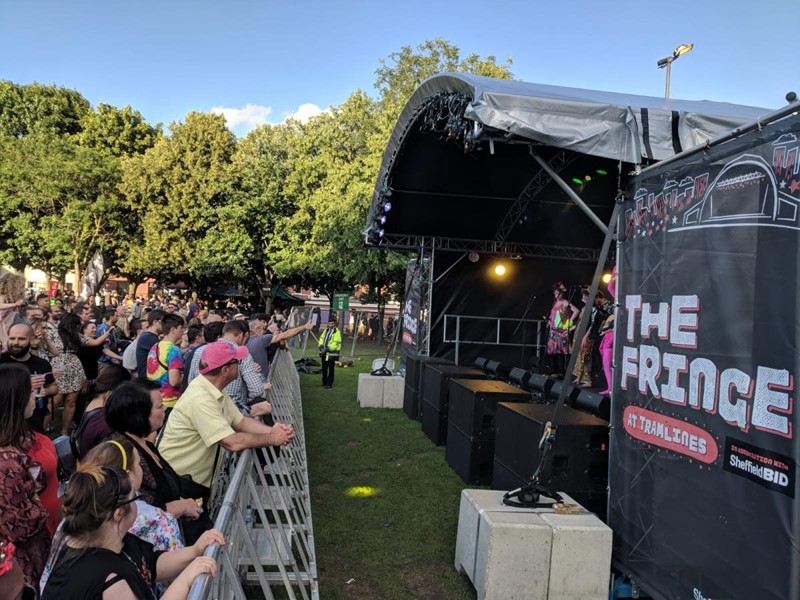 The Fringe at Tramlines 2020 cancelled

Sheffield City Council has confirmed that ‘The Fringe at Tramlines’, the officia ... 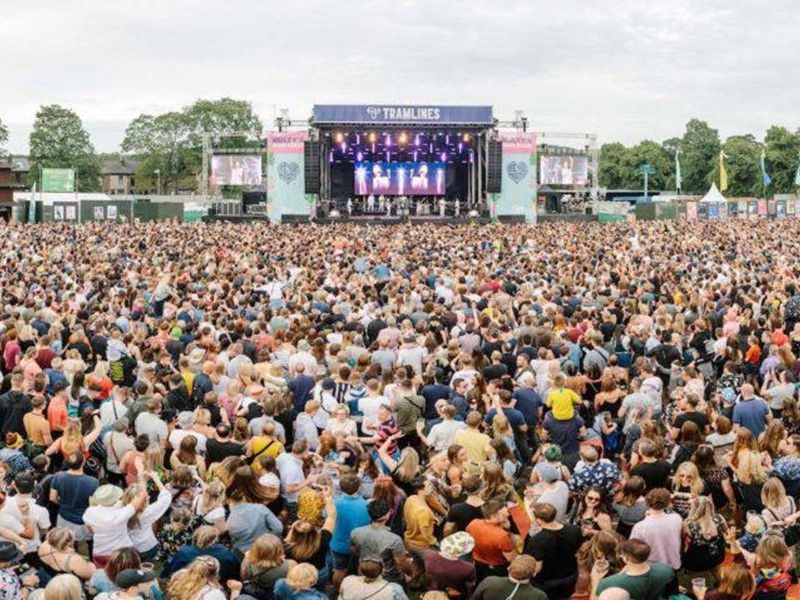 Tramlines 2020 will no longer be taking place

Official statement from TramlinesFirstly, we want to share a heartfelt thank you ... 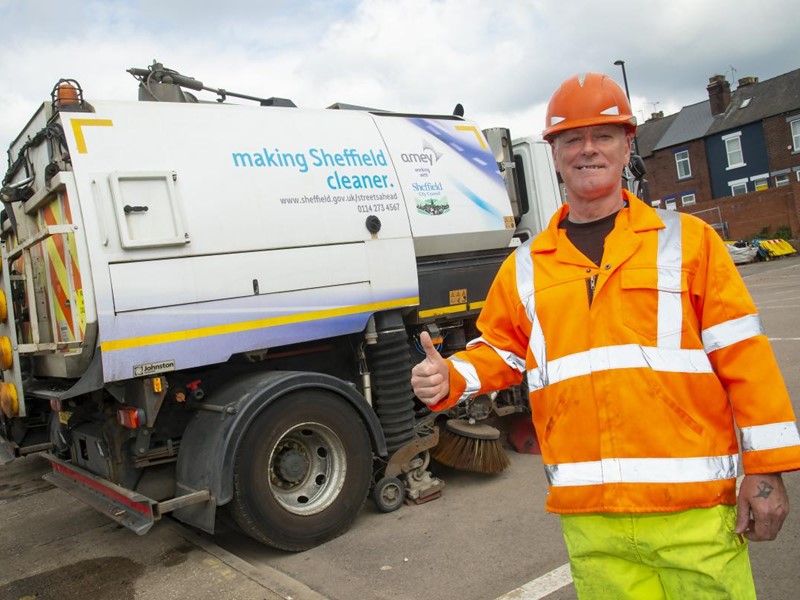 Streets Ahead prepare for busy weekend at Tramlines

Thousands of music lovers are expected to descend on the city between Friday and ...