Tramlines, Sheffield’s biggest city-based music festival has announced its latest round of music acts and the full comedy lineup for the 2022 event at Hillsborough Park in Sheffield from Friday 22nd to Sunday 24th July.

This latest wave of new acts will join headliners Sam Fender, Kasabian and Madness with over five stages of music, a family friendly area and a genre-spanning Line-Up of performers including everyone from internationally acclaimed acts to grass roots talent. 2022 will mark the 13th edition of Sheffield’s Biggest Party.

Alongside this latest Line-Up announcement, Tramlines also reveals that Weekend tickets have sold out with 95% of the festival's tickets now sold, with only an extremely limited number of Day tickets available. Day tickets for Tramlines are priced from £50 plus booking fees and can be purchased alongside VIP ticket options from www.tramlines.org.uk. Sign up for ticket alerts here: https://bit.ly/TL22SignUp.

Tramlines 2022 takes place following an exceptional event in 2021 where the festival took place as part of the Government’s Event Research Programme. It was the largest festival in Western Europe to go ahead since lockdown restrictions were eased and marked a national celebration of the return to live music. 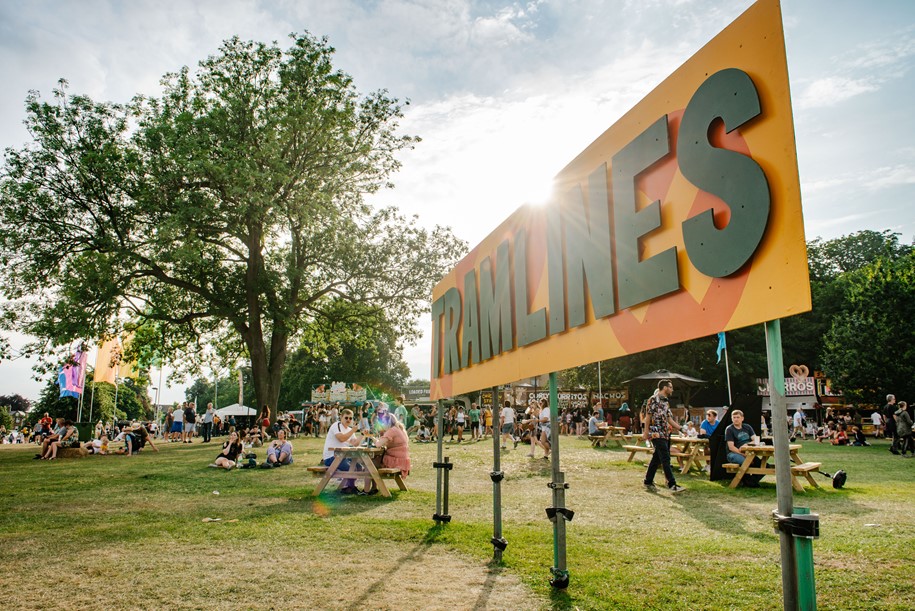 Kelis is back in 2022 for the first time since joining us on the Ponderosa back in 2017. The multi-award winning artist is bound to be dropping classics such as ‘Trick Me’ and ‘Millionaire’. British rapper Lady Leshurr also makes a return to the festival, bringing her expert lyricism and freestyles, best known for her ‘Queen’s Speech’ series.

Alfie Templeman finally gets his opportunity to grace Hillsborough park after having to cancel his appearance last year due to isolating. The ‘Happiness in Liquid Form’ singer, who said he was “gutted” in missing out on his slot last year, will appear on Saturday alongside newly announced Liverpool rock-group Crawlers and London alt-rockers Bleach Lab.

Joining Friday's line-up is Baby Queen, who brings her hazy alt-pop hits to Sheffield’s biggest party. While Galway four-piece The Clockworks join the bill to add a post-punk twist to what will be the start of another memorable weekend. Also joining the Line-Up for 2022 is Bradford bassline collective Bad Boy Chiller Crew, bringing with them even more genre-spanning sounds to Tramlines Line-Up. Sunday will see a performance from Elvana, an Elvis fronted Nirvana tribute band. Unfortunately due to scheduling issues, The Snuts (Friday) can no longer join us at Tramlines 2022.

Comedy has become a mainstay of the festival and in 2022 Tramlines has secured some huge names kicking off with Seann Walsh who headlines on Friday. Seann is a multi-award winning performer with a growing list of TV credits including QI, Strictly Come Dancing, Celebrity Juice and 8 out of 10 cats. Sean is joined on Friday by Scott Bennett, Michelle Shaughnessy, Alisdair Beckett-King, Vince Atta and host Danny McLoughlin.

Saturday headliner Russell Kane is a UK household name due to numerous TV appearances as a guest and as a presenter of his own shows including 2016 travel doc Stupid Man - Smart Phone. Joining Russell on Saturday are Tom Ward, Karen Bayley, Harry Stachini, Jack Gleadow and host Matt Read.

The Sunday showcase is headlined by Jason Manford, well known due his tenure as team leader on 8 out of 10 cats, his numerous presenting roles and his appearances in West End musicals such as Chitty Chitty Bang Bang, The Producers and Sweeney Todd. Also appearing on Sunday are Ivan Brackenberry, Lily Philips and host Emmanuel Sonubi who has been hotly tipped by both Jason Manford and Russell Kane.

Timm Cleasby, Tramlines Operations Director said, “I’m beyond excited for Tramlines 2022, Our first announcement was ace and now this? You had me at Kelis and Elvana… The return of Lady Leshurr too, just mega. Add to that Jason Manford, Seann Walsh and Lily Philips I’m gonna need more hours in my weekend.

Keep up to date with all the latest news and announcements at www.facebook.com/tramlines­ 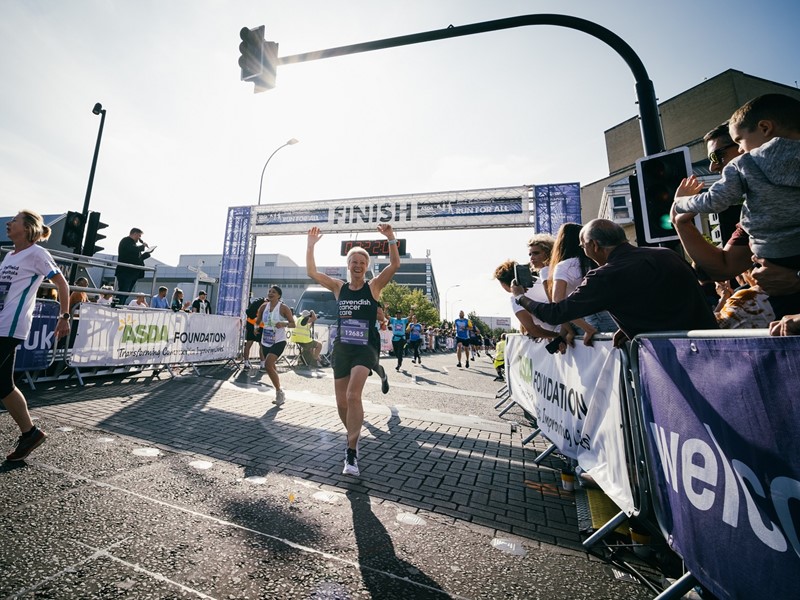 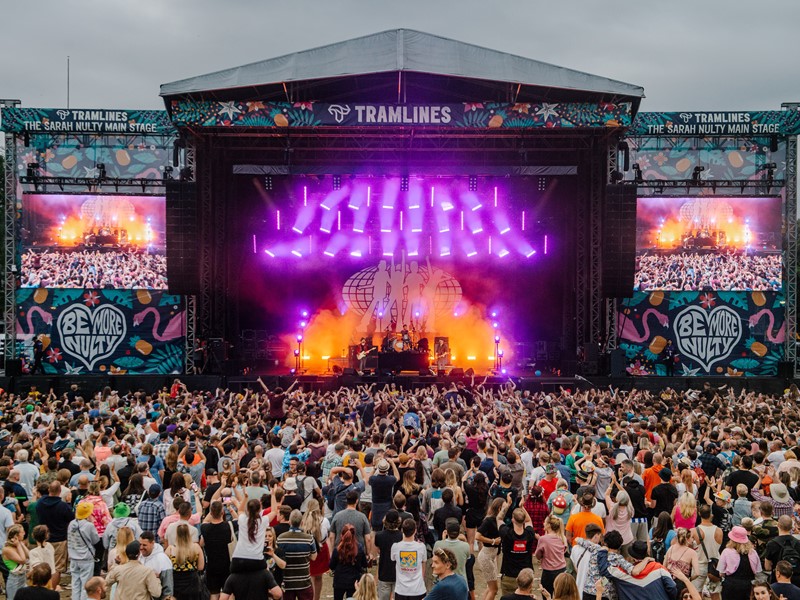 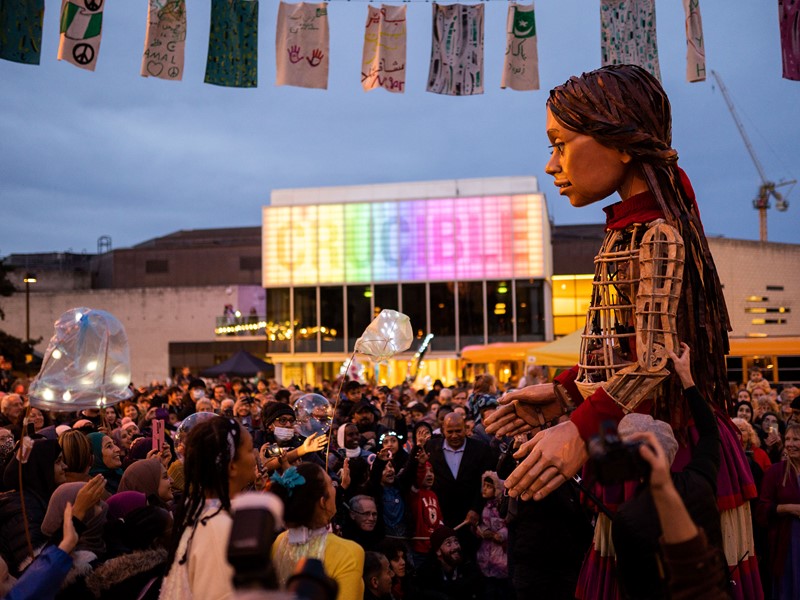