The UEFA Executive Committee today confirmed that the postponed UEFA Women’s EURO 2021 will be played in England from 6 July to 31 July 2022. It is planned to use the same venues that were originally proposed to host the event.

The decision to move UEFA Women’s EURO came after UEFA announced on 17 March that UEFA EURO 2020 would be postponed to 2021 following the global outbreak of COVID-19 and the duty of UEFA to protect the health of all those involved in the game, while allowing domestic leagues and European competitions to be completed. The extensive discussions leading to the move included talks with organisers of the Birmingham 2022 Commonwealth Games, with whom UEFA and The English Football Association continue to work with collaboratively to ensure that 2022 provides a memorable summer of elite sport.

Councillor Mary Lea, Cabinet Member for Culture Parks ad Leisure at Sheffield City Council, said: "I am thrilled that the UEFA Women's EUROs will still take place in England and in the host cities and stadiums as planned, and believe it is the right decision to postpone until 2022. This will allow us all to recover from the huge impact that the coronavirus has had worldwide, and ensures that the women's competition remains the primary focus and can still be performed in front of the packed audiences it deserves.

"We will continue our work to raise the profile of women's football in the city and also the excitement associated with the tournament for 2022."

Commenting on the rescheduling, UEFA President Aleksander Čeferin said: “When we had to take an urgent decision on the postponement of UEFA EURO 2020, we always had the impact on UEFA Women’s EURO 2021 in mind. We have carefully considered all options, with our commitment to the growth of women’s football at the forefront of our thinking. By moving UEFA Women’s EURO to the following year, we are ensuring that our flagship women’s competition will be the only major football tournament of the summer, providing it with the spotlight it deserves.”

UEFA’s Chief of Women’s Football, Nadine Kessler, said: “The core question guiding us together with the English FA was: what is best for women’s football? With the Olympics now being confirmed for summer 2021, we firmly believe that moving to 2022 is in the best interests of the tournament, the players, the fans, women’s football partners and everybody involved in all areas and at all levels of the game. UEFA Women’s EURO is Europe’s biggest women’s sport event. It is also among the biggest sports events in the world, and therefore needs and deserves a platform of its own.

“This decision puts us in a position to deliver a tournament that attracts global attention, maximises media coverage and increases stadium attendances, and is therefore helping us to meet our core objective of inspiring the next generation of footballers.

“2022 also allows for further promotion and partner activation, which would have been much more difficult in what is now a crowded summer in 2021. It is a clear sign of commitment to our dedicated partners who have joined us since we decided to separate the sponsorship for women’s football from men’s football.”

The English FA’s Director of Women’s Football, Baroness Sue Campbell, said: “As a nation and at The FA, we are extremely proud to be hosting UEFA Women’s EURO 2021, and are fully committed to delivering a world-class experience for players, staff and fans alike as the best of the European game comes to England.

“However, the sporting calendar must adapt whilst the world tackles something much bigger than sport. In these unprecedented times, it should be reiterated that the health of our communities remains the absolute priority for us all.

“As a result, following discussions with UEFA, we fully support their decision to postpone UEFA Women’s EURO 2021. We agree that this decision will ultimately benefit the tournament, creating its own window in the football calendar. It will also allow us all more time following this challenging period to deliver an unforgettable event befitting of a home EURO.

“We have made excellent progress in the planning of the tournament to date, and particularly want to thank our host cities and venues for their ongoing commitment and support. We are also grateful to the Commonwealth Games Federation (CGF) for their collaboration as we sought to confirm these new dates and look forward to working together to showcase the best of women’s sport across both of our events.

“We will continue our dialogues with cities, venues and our partners over the coming months as we work towards delivering a record-breaking UEFA Women’s EURO on home soil in 2022. We are confident that it will be worth the wait.”

UEFA President Aleksander Čeferin added: "I would also like to thank The Football Association, the Local Organising Committee and our member associations, who are as convinced as we are that the postponement to 2022 will be to the benefit of women’s football at large. The football family has once again shown unity, and we are now not only in a position to look forward to a European football summer in 2021, but in 2022 as well. We are grateful for the co-operation of FIFA and the Commonwealth Games Federation in arriving at these dates.”

CGF President Dame Louise Martin DBE said: “I would like to thank UEFA and The FA for their constructive approach to working with the CGF. In this unprecedented time of global upheaval in our lives, we are working together to ensure a fantastic summer of sport in 2022.

“We have a shared objective to promote women’s sport, and an exciting opportunity to achieve this in the coming years through UEFA Women’s EURO and the Commonwealth Games. The popularity of women’s football continues to grow rapidly, which the EURO will further enhance, while the 2022 Commonwealth Games is set to be the first major multi-sport event in history to feature more women’s medal events than men’s. We look forward to continuing to work closely with UEFA and The FA to showcase the very best of elite sporting competition.”

United Kingdom’s Sports Minister Nigel Huddleston added: “I am pleased that this decision will mean that the tournament will get the wide audience it deserves, and build on the fantastic momentum we have seen with the women’s game in recent years.

“We are working closely with UEFA to make sure the competition is a huge success in 2022, and I look forward to what I know will be an unforgettable summer of sport on home soil.”

Further details, including potential amendments to the match calendar or the name of the tournament, will be announced in due course. 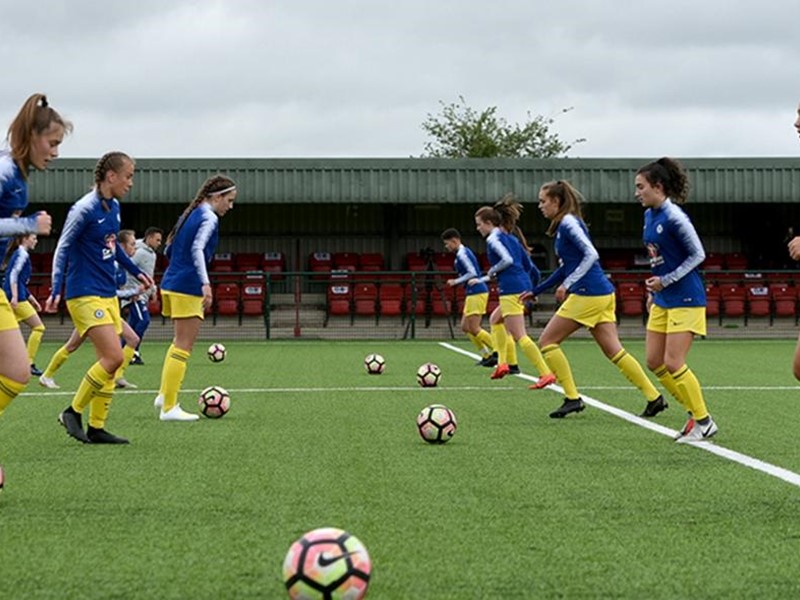 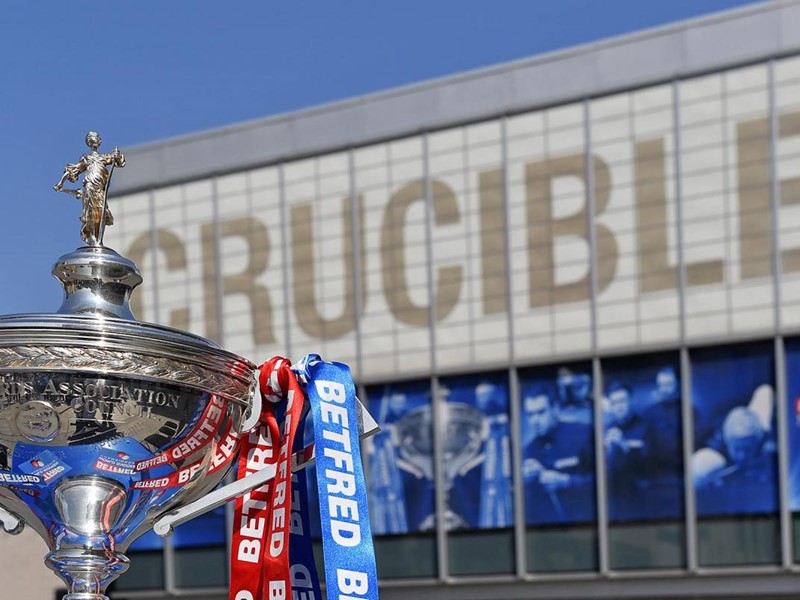 The Betfred World Snooker Championship has been rescheduled, subject to governme ... 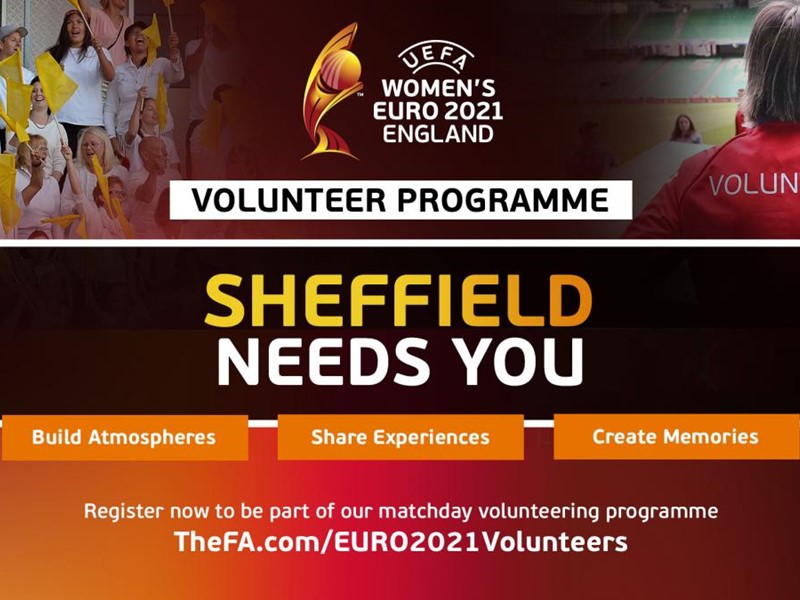 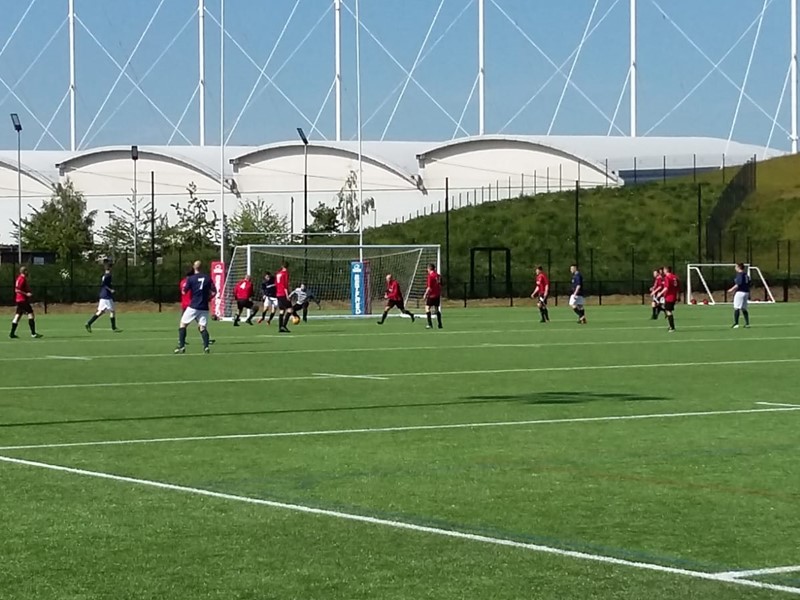 Local sports and community groups are celebrating the re-opening of the 3G pitch at Sheffield Olympic Legacy Park after a six-month Covid closure.