Drivers in Sheffield are being encouraged to take more care around roadworks as Streets Ahead continues its programme of resurfacing through the winter months.

“There’s still a long way to go to ensure that our workers feel completely safe when carrying out their job on the city’s roads.

“Our programme of works is vast and this year more than ever, we’re working in multiple locations in Sheffield at the same time. What’s more, we regularly carry out work during night-time hours to avoid disruption during peak travel times. This poses its own challenges for our teams, particularly during the winter when it’s darker and weather conditions are more unpredictable.

“The majority of people do drive responsibly but there have been several incidents where restrictions or diversions have been ignored, which is not acceptable or safe.”

This year alone, Streets Ahead have witnessed ten incidents of drivers ignoring road closures and roadworks, putting themselves and Amey employees at risk of serious injury.

There are also numerous examples of verbal abuse directed towards Streets Ahead operatives regardless of where we are working in the city, which can, in the most serious cases, involve threats and direct confrontation.

Peter goes on to say: “We know diversions and disruption can cause frustration for drivers, but we don’t close any roads lightly. It’s often essential for us to do so and that’s usually when we see a rise in incidents. Our workers, the majority of whom are Sheffielders themselves, are there to do their job and it’s not right for them to face fear of injury whilst doing so.”

Those employees who work at the closure points during roadworks often experience the worst of behaviours, which is why they all wear bodycams.

“We made the decision a couple of years ago to include the wearing of a bodycam as essential for our workers, so they can record aggressive behaviours or dangerous driving. We also have dashcams in our vehicles to do the same.” Added Peter.

“We, as roads policing officers understand the danger posed when working on the roads, and support that all workers should have the right to work without fear or abuse.

“Road closures happen for everyone’s safety, and to assist with crime scene preservation. The safety of those working in the area and other road users is always top priority.

“Drivers who ignore road closures, red crosses on the motorway and diversion signs are not only putting their own life at risk but are also risking the lives of those working on the roads.

“Everyone should return home safely from work after their shift and everyone has a part to play in ensuring the safety of others on the roads and making this happen.

“As the dark nights draw in it is important to be vigilant and follow the signs. Remember it could be your loved one working; you can make a difference.”

As part of the city-wide highway maintenance Streets Ahead contract, roads and pavements across Sheffield are being upgraded and maintained by Amey until 2037, creating a much-improved infrastructure for years to come.

To find out more about the Streets Ahead programme of work, please visit: www.sheffield.gov.uk/streetsahead

Be ready for winter this year by visiting www.sheffield.gov.uk/winter to find out more about our winter maintenance service. 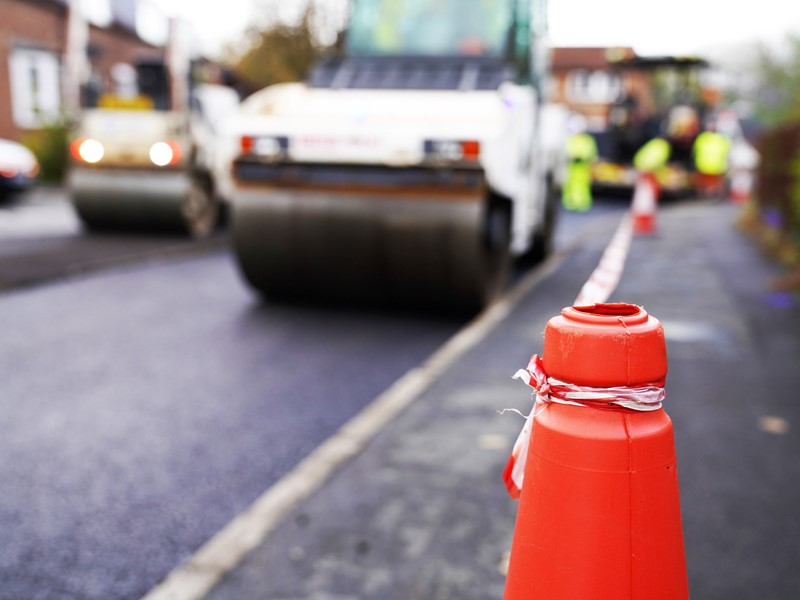